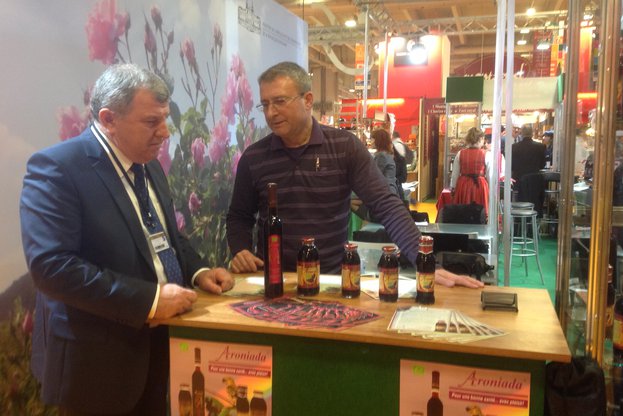 Bulgarian products have the potential to return to the French market, said Minister of Agriculture and Food Prof. Dimitar Grekov at the opening of the Bulgarian stand at the Paris International Agricultural Show (Salon International de l'Agriculture, SIA) 2014 in Paris.

Bulgaria takes part in the prestigious international exhibition for the fourth time. This year the stand is located on 62 square meters and includes 11 companies with meat and dairy products, wines and rose oil cosmetics. Manufacturers of organic chokeberry juice and wine are taking part in the exhibition for the first time, while tomato chutney and savory are among the traditional Bulgarian products that could be found at the exhibition.

“There is an increased demand for Bulgarian food products and wine among French consumers”, said Bulgarian Ambassador to France H.Ex Angel Cholakov, who took part in the official opening. He added that by participating in the exhibition, Bulgaria finds many new partners internationally.

Minister Grekov stressed the need for greater promotion of Bulgarian food and wine, as they had excellent taste preferred worldwide. He noted that, unfortunately, Bulgarian products were still not sufficiently recognized, and therefore more work was needed to promote our iconic products. Minister Grekov said that thanks to the Ministry of Agriculture and Food, which had organized the participation of Bulgarian companies at the international fair for the fourth time, the interest of European consumers in Bulgarian products had increased.

During the exhibition Minister Grekov held a meeting with the Director General of the National Institute for Agricultural and Marine Products of France (FranceAgriMer) Éric Allain, attended by French adviser to the Bulgarian Minister Stephen Robert.  The two discussed cooperation between Bulgaria and France in the field of agriculture, as well as the structure and activity of the French institution. Minister Grekov was impressed by its close link with industry organizations.