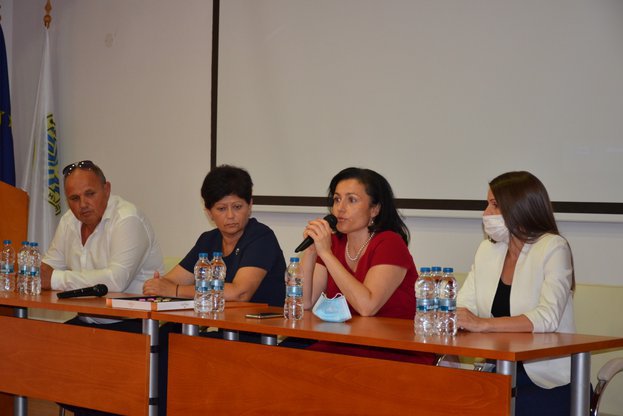 Tobacco growers will receive funds under the Transitional National Aid for the next two years. This was stated by the Minister of Agriculture, Food and Forestry Desislava Taneva at a meeting with tobacco growers in the town of Harmanli, Haskovo District. She clarified that in the last eight months the ministry's team has resumed the debate on maintaining transitional national aid. "Our country has managed to persuade the other EU member states to support us. This is how we defended the transitional national aid, which is mainly for tobacco. At the moment, the transition period is expected to be two years, namely 2021 and 2022. In this way, although decreasing, these payments will be provided to tobacco growers," said the Minister of Agriculture. Desislava Taneva reminded that the subsidies for tobacco production are based on the reference values ​​for 2009 and clarified that our country has requested a change in the reference period, but the EC has refused.

Payments to tobacco growers are made annually in the spring time. This year, they were paid for the first time in February. "During this year we paid the aid at the earliest time than all previous ones, we will work with this schedule for the next 2021. This payment is expected in the beginning of February 2021 “she added.

Minister Taneva pointed out that the debate on whether the transitional national aid to continue will be implemented during the new programming period. "The draft regulations do not yet have this option, but we will continue to fight for it or for another form in which tobacco growers to be supported. The sector is special because of the global policy to reduce tobacco consumption and preserve human health. That is why the support has certain restrictions that affect producers, "said Desislava Taneva

Desislava Taneva clarified that in addition to the transitional national aid, tobacco growers are also eligible to receive direct payments. "After October 16, according to the indicative schedule, which has been uploaded on the SFA website, producers will receive an increase in direct payments under each of the schemes at about an average of 9% for measures that are for area payments. For beneficiaries of coupled support, the increase will be an average of 13%. The increase is for those areas for which the quantitative limits have not been reached, "she added.

Minister Taneva reminded that due to the epidemic situation, the tobacco producers in the country will be supported under the extraordinary measure COVID, which was programmed after Bulgaria’s proposal. Support for the sector fell within the scope of sub-measure COVID-2, which is for a full-time employee. "This happened at the request of the EC, as we had to defend for each industry what is the decline in sales due to the pandemic," she added.

Regarding the drought, Minister Taneva pointed out that work is currently oriented to support water-saving technologies and to restore the infrastructure of Irrigation Systems. It recalled that the company is a beneficiary of measure 4.3 "Support for investment in infrastructure related to the development, modernization or adaptation of agriculture and forestry" of the RDP 2014-2020, the adoption of which ended in early July. "Our goal is to increase farmers' access to water because of climate change," said Desislava Taneva. She specified that a joint project for amendment of the legislation regarding the use of water for agricultural purposes is currently being prepared together with the Ministry of Environment and Water.