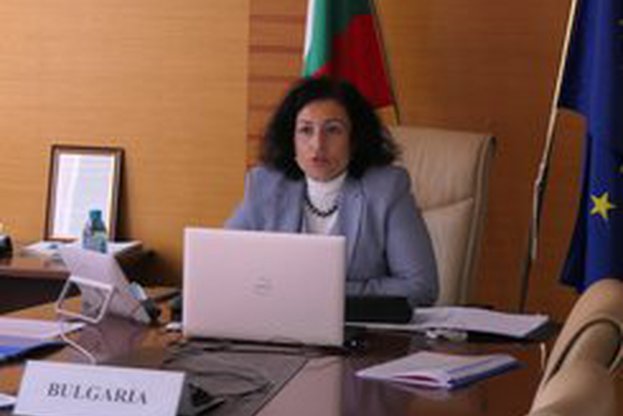 Bulgaria reports a double drop in the spread of African swine fever (ASF) cases in 2020 compared to 2019. This stated the Minister of Agriculture, Food and Forestry Desislava Taneva during a video conference meeting of EU Agriculture and Fisheries Ministers. She stressed that our country joins the position of the Czech Republic and Poland on reducing the administrative burden associated with co-financing the costs related to coping with the disease.

Minister Taneva called on the European Commission to enable a derogation to apply to ASF through the new European Animal Health Act. "Farms, which have guaranteed biosecurity in the infected area should not fall under the general restrictions on the ban on the movement of animals and goods," said the Minister of Agriculture.

According to her, the EU needs to revise its approach to the disease. The Bulgarian Minister added that in addition to the simplification of administrative measures, all countries must have clarity and a precise deadline regarding the reimbursement of funds, provided for prevention and emergency measures to combat ASF.

Taneva has demanded that EU Member States should be able to partially apply the stamping out method which means that when a sick animal is found, it should be destroyed together with the animals that have been in contact with it only within the area of the respective farm where the infection was found. She emphasized that this would be possible when all Member States have upgraded their biosafety measures at the highest level, in reference with those, decided by the European sanitary authorities. According to her, a legislative decision should be taken to change the obligations of the restriction regime in the three types of outbreaks where the virus occurs, namely industrial and personal farms, as well as wildlife.

Minister Taneva pointed out that Bulgaria has more than two years of experience in combating ASF. She recalled that in 2019 a Plan for Prevention, Crisis Management and Prevention of African Swine Fever (ASF) in Bulgaria for 2020 was adopted. "It includes various funding measures, as well as regulatory and legislative changes in the direction of supporting the biosecurity of farms, "added Desislava Taneva.