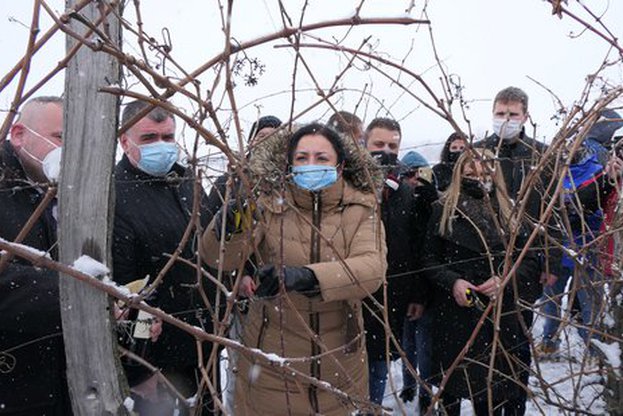 "More than BGN 60 million were paid last year to support the wine sector”. That was what announced Minister Taneva during the ritual cutting of vineyards on the occasion of Trifon Zarezan in the village of Ognyanovo, Pazardzhik Region. According to her, our country used all possible financial instruments provided by the European Union to the Member States to support the wine sector in the difficult 2020. The Minister of Agriculture stressed that the increase of the maximum amount of financial aid under the measures of the National Programme for Support of the Viticulture and Wine Sector will be maintained in 2021.

"We have done everything possible, as at the same time we increased the intensities in subsidies support under various measure receptions of the National Programme for Support of the Viticulture and Wine Sector when we had the opportunity to do so from the EC. This happened during the constant communication with the branch ", Minister Taneva was categorical.

She announced that for the first time in Bulgaria a reception under the measure "Information in the Member States" of the National Programme for Support of the Viticulture and Wine Sector, would start from tomorrow, February 15,2021. Desislava Taneva reminded that wine producers were still able to submit their project proposals under the measure "Investments in enterprises".

Minister Taneva congratulated all the wine growers on the occasion of Trifon Zarezan and wished them a good year with a rich harvest.