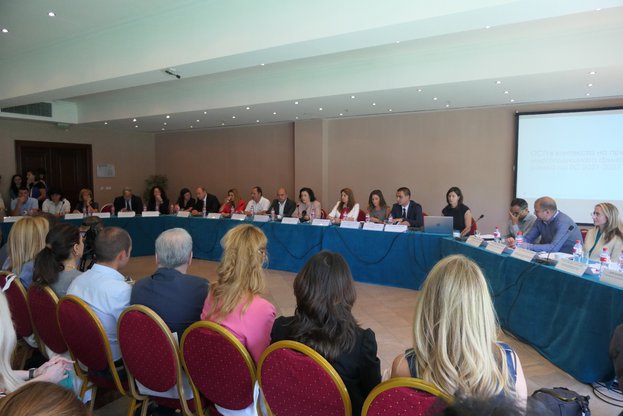 ‘Today’s meeting was announced in advance when I took office as minister and it is part of the transparent policy of the Ministry, as well as the promise I made to you for an open debate on the future of CAP,’ stated Minister Taneva. She specified that there shall be regular meetings, in accordance with the progress made during negotiations. Regarding the legislative process in the European Commission, the Minister of Agriculture commented that the SWOT analyses are the first step which Bulgaria must make. Minster Taneva explained the following: ‘We have assigned to the Agrarian University of Plovdiv and to the University of National and World Economy to perform the other two analyses – on the environment and on the rural areas. We expect them to be ready by the end of the year. We cannot start working on the national strategic plan without them.’ According to her, the conduction of a second such meeting, during which the progress on the programming would be presented, can be organized by the end of the year in light of the preliminary set deadlines of the European Commission for adopting the Multiannual Financial Framework and the schedule for finalizing the analyses.

During the meeting, Dessislava Taneva presented the newly formed Coordination Group with the Ministry of Agriculture, Food and Forestry for drafting the CAP Strategic Plan, as well as the mechanism for communication with the interested parties. The Group’s Director is Maria Hristova, and its members include the Deputy Minister of Agriculture, Food and Forestry Verginiya Krasteva, as well as experts from the different fields. Minister Taneva insisted that: ‘We assigned this responsible task to the most creative people, who possess the best capacity to protect your interests.’ She also said that experts from the Permanent Representation of Bulgaria in Brussels, responsible for the respective topics, would also take part in the meeting. The Minister of Agriculture added: ‘I hope today’s meeting would pass in constructive dialogue and would dispel the doubts haunting the agricultural community that something unclear is being done. You shall receive information on the progress of other Member States.’

Joachim Rukwied, President of the German Farmers’ Association and President of COPA, shall also participate in the meeting. Minister Taneva conducted a meeting with him last night regarding the positions our country supports in the EU. ‘We have always worked well with Germany and I hope that he shall make everything possible in the future debates, so that we would receive the necessary support,’ added Minister Taneva.