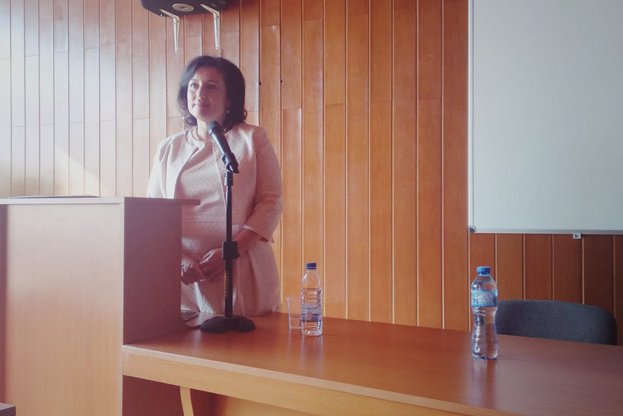 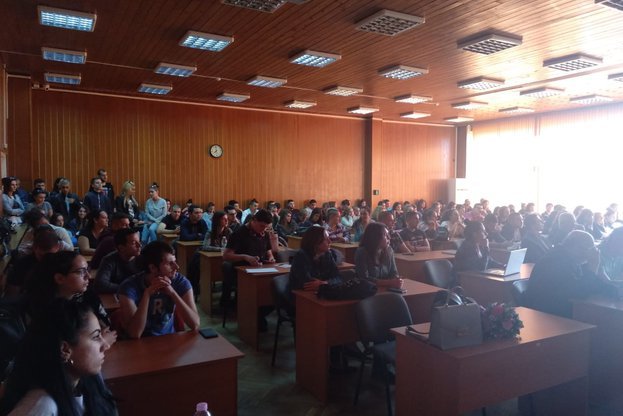 "During the current programming period of the Common Agricultural Policy, we secured 38% full-year employment in the Fruit and Vegetables sector. The positive in these sectors is that the coupled support schemes implemented are significantly higher. The result is that in the first years we dramatically increased our production of vegetables. We have about 30% new permanent crops. "This was said by the Minister of Agriculture, Food and Forestry Dessislava Taneva, during a lecture, before students from the Veliko Turnovo University “Sv.Sv.Kiril i Metodiy”. According to her, maintaining coupled support in the next period is one of the challenges as it is connected not only with consumption of native production but also with securing employment in rural areas. She specified that we expect the establishment of a Multiannual Financial Framework (MFF) for the next period, which fixes the budget and its allocation.

Minister Taneva introduced the students to the main stages of the history and development of the EU CAP, so that they can form their own opinion on how it will function in the new programming period. An important point is the beginning of the project, which is the work of Dutch farmer Siko Mansholt. He realized that providing food security in Europe after World War II was a key issue. In 1957, the European Economic Community was established by the Treaty of Rome. Germany and France are the two developed agricultural countries that play a key role and are crucial to the agricultural policy of the European continent to this day.

She also outlined the milestones in the development of the CAP, whose original idea was to independently meet the food needs of the Member States, to this day, where the emphasis is on enhancing competitiveness, employment and rural growth.