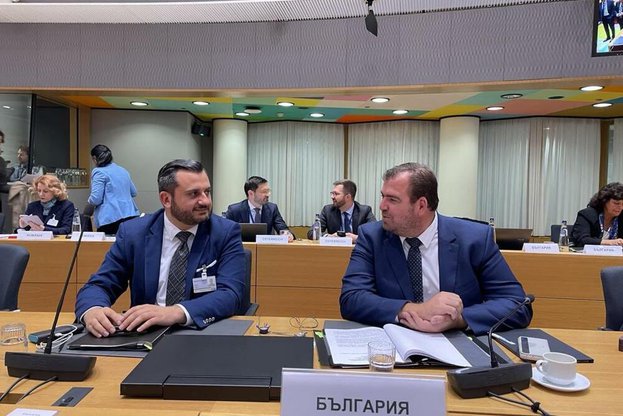 Bulgaria expects the European Commission to pay special attention to the situation on the oil bearing crops market and to use all available instruments, including emergency measures in accordance with Article 29 of Regulation (EU) No. 1308/2013, to mitigate the effects of the Ukraine war on producers from the European Union. That was what stated the Minister of Agriculture Yavor Gechev during the EU Council on Agriculture and Fisheries in Brussels. Gechev added that Bulgaria supports Ukraine in these difficult times, but there are disruptions on the sunflower market which are a cause for concern.

“We believe that fast steps are needed to be made to repair the market imbalance, prevent  even more serious economic shocks which can have a long-lasting effect on the sunflower market, reducing the competitiveness of producers as well as the viability of farms in the sector", Minister Gechev added. Regarding the implementation of the EU-Ukraine Solidarity Lanes Action Plan, Bulgaria undertakes to make maximum efforts to facilitate the transportation of grain for third countries by making its roads, railways and ports available for the purpose with the existing technological capacity.

Gechev briefed his EU counterparts on the current situation on the Bulgarian cereal market. The question of sustainable use of plant protection products was also raised during the meeting. He noted that the new crop of wheat, barley and canola has already been harvested, with a decrease in quantities compared to the previous harvest.

During the meeting, the topic of the sustainable use of plant protection products was also raised. Minister Gechev expressed support for Poland's call for the EC to present an additional and improved impact assessment that comprehensively and adequately examines the impact of the proposed draft regulation on EU food security. "The lack of assessment of the socio-economic impact of many of the aspects related to the reduction in the use of plant protection products, in the context of the consequences of the war in Ukraine, on the production of staple foods in the EU and globally, raises concerns", added the Minister of Agriculture.\

The EU agriculture ministers further discussed the Industrial Emissions Directive. Gechev warned that lowering the threshold for including pig and poultry breeding installations in the scope of the directive and adding cattle breeding installations to it will put considerable financial strain on many farmers. Such an approach involves the inclusion of many family farms which do not have the capacity of industrial livestock breeders and they may face bankruptcy. This will have grave social, economic and financial consequences and will directly affect the security of food supplies, Gechev said.

The Agriculture Minister added that increasing the burden on the competent authorities would lead to further delays in issuing permits, worsen the investment environment and delay the EU's transition to a clean, circular and climate-neutral economy.