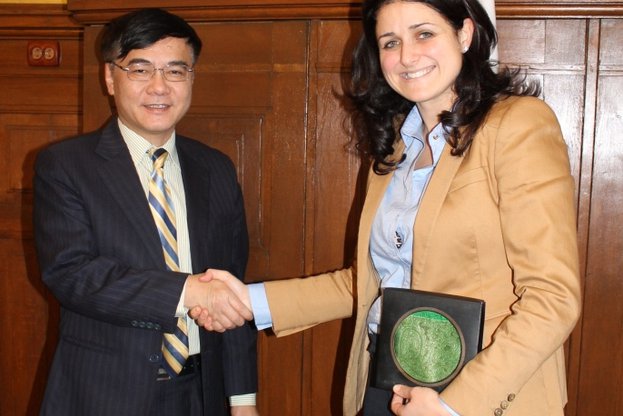 Agriculture is Vietnam’s top economic sector and both countries will greatly benefit from Bulgaria’s experience in the area, it emerged at a meeting between Bulgarian deputy minister of agriculture and food Svetlana Boyanova and Nguyen Van Phuc, Economic Committee deputy chair at the Vietnamese parliament.


‘Bulgarian farmers’ produce is now much more competitive thanks to both direct payments and investments under the Rural Development Programme. We have secured EUR 2 billion in direct payments and over EUR 3 billion under the scheme. Such a substantial amount of money cannot but exert a positive impact on the agriculture sector,’ Boyanova said.

Another positive development in Bulgarian agriculture highlighted at the meeting was the rapid growth in grain production and the need to set off the same trend in other sectors such as fruit and vegetable farming as well as stockbreeding.

We should focus on value-added production; we should not just produce and export, but also process and have the end product made here, not abroad,’ Boyanova noted. She added that organic production is high on Bulgaria’s priority list and its vast potential is yet to unfold.