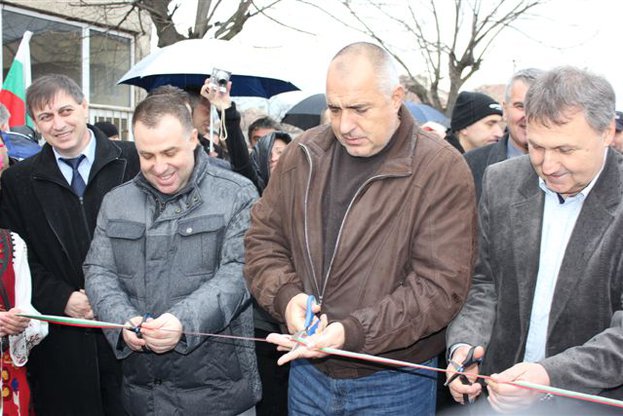 A total of BGN 5.8 million has been poured into Cherniche, designated Euro Village 2012, under the Rural Development Programme, said Minister of Agriculture and Food Dr. Miroslav Naydenov at the ribbon-cutting ceremony for the new street and water and sewage network of the settlement.


The ceremony was attended by prime minister Boyko Borissov.

The money was spent on the construction of streets, pavements and a water and sewage network, with the projects financed under Measure 321 Main services for the population and the economy of the rural areas and Measure 322 Reviving and development of the settlements under Rural Development Programme 2007-2013. Projects worth over BGN 138 million were approved in Blagoevgrad area under the programme, said Naydenov.

‘I’m glad there are mayors who can successfully operate with European funding,’ said prime minister Borissov, adding that what the government is doing remains for the community.

Cherniche was named Euro Village 2012 in a competition under the Rural Development Programme, which took place under the patronage of minister Naydenov. It involved 18 contenders, with the criteria being the number of projects implemented under the Programme, absorbed financing, attracted investment and the overall change in the settlement’s image.

Simitli Municipality mayor Apostol Apostolov said that projects to the tune of BGN 23 million have been carried out under the Rural Development Programme in the village.