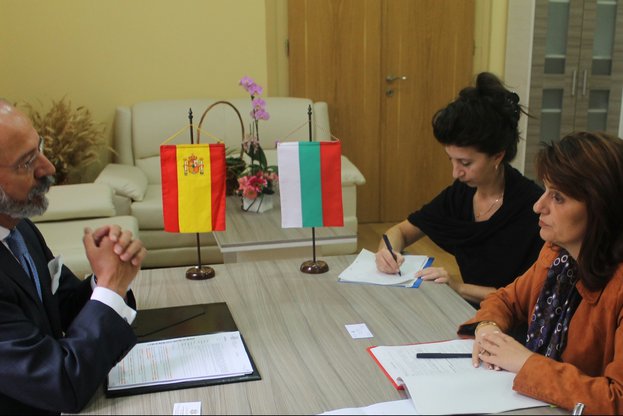 The duration of the previous protocol expired in February 2012 and was not extended, as result of which all fishing boats in the Mediterranean had to leave Moroccan territorial waters. Countries affected from this sanction were Spain, Italy, France, Portugal, Holland, Lithuania, Great Britain, Poland and Germany. The Council of Europe approved a mandate of the European Commission to carry out negotiations with Morocco for a new Protocol, which was signed on 24 July 2013.


Deputy-minister Marinova emphasized that MoAF was going to ensure its support for this undertaking towards the speedier enactment of the act, which would minimize the negative consequences from the problem. The specialized deputy-minister pointed out that agriculture, agricultural policy and fishery, were priorities both for Bulgaria and for Spain. “We will do our best to be of mutual benefit in all kinds of situations at bilateral level, in the Council of Ministers and in the European Commission”, added further Valentina Marinova.


HE José Luis Tapia Н.Пр. shared in turn that he was extremely satisfied with the fast progress of the document and that he advised time and again the Spanish businesses to give attention to the possibilities suggested by the Bulgarian agriculture. “Spain and Bulgaria can profit a lot if they work together, because Bulgarian agriculture is a hidden treasure”, said confidently the ambassador of the Kingdom of Spain.