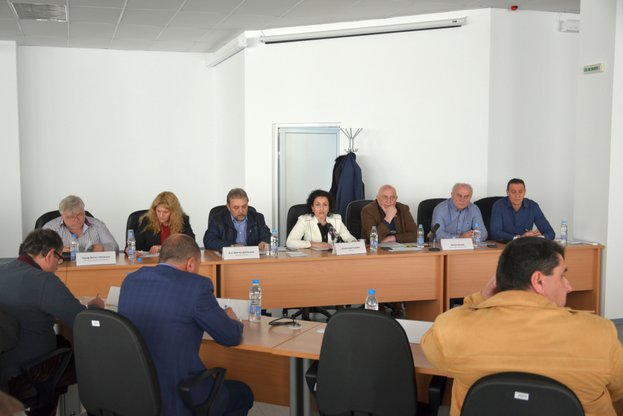 “End of the crisis in the livestock sector can happen only when the European Union starts coming out of it”, said Minister of Agriculture and Food Desislava Taneva before the consultative council on stock-breeding, which was held in the town of Veliko Tarnovo. The meeting was also attended by Deputy Minister of Agriculture and Food Tsvetan Dimitrov, Executive Director of the Bulgarian Food Safety Agency Dr. Damyan Iliev, as well as directors and experts from the ministry. According to the minister Taneva Situation in the Livestock sector is worse in 13 EU countries than it is in Bulgaria due to the crisis and the decline in revenues from most agricultural commodities.


"Measures taken by the European Commission in 2015 led to the stabilization of the sector for several months. This stabilisation was due to granted by the European Union package of support to farmers, amounting to EUR 420 million., "added Minister Taneva.

Desislava Taneva presented the rest of the measures that the Ministry will take over the dairy crisis. Regulation on the Labelling and presentation of foodstuff is put on the website for public discussion.According to it, all dairy and food products that are manufactured by Bulgarian raw materials will be branded with the Bulgarian flag. The BFSA has launched intensified inspections across the country for unauthorized use of vegetable fats in dairy products.

The Minister announced that our country has informal approval by the Commission on State aid for excise duty on fuel for agricultural needs.

Stock breeders and dairy producers expressed their satisfaction on this first meeting in that composition. The branch representatives said they must work together and with joint efforts to come out of the crisis.

A total of 14 enterprises have been checked since the beginning of joint inspections of the Ministry of Agriculture and Food and the National Revenue Agency throughout the country.