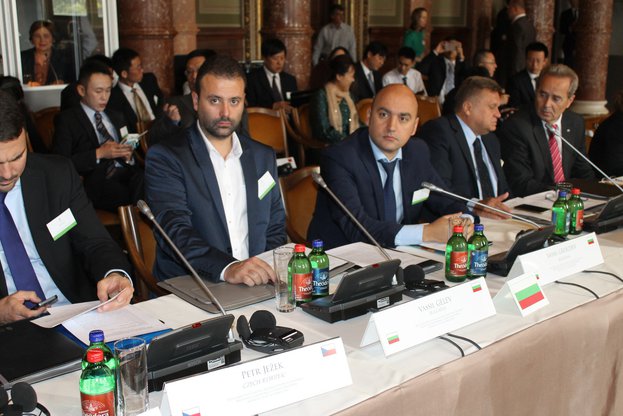 "Bulgaria is the focal point of in the cooperation between China and the Central and East Europe in the field of agriculture " , announced Deputy Minister of Agriculture and Food Vassil Groudev at the 10th Agro-Trade & Economic Cooperation Forum between China and Central-Eastern European. He added further that the successful activity of the Association for the Promotion of the Cooperation in the Field of Agriculture between China and Central and East European Counties, which started working in Bulgaria on June, 26 2015, would help for the establishment of business contacts between companies from CEE and China, as well as for the realisation of real deals, finding business partners and investment opportunities. "The single database at the Center is an efficient tool for searching and finding actual investment projects and appropriate business partners, producers and traders from all spheres of the agricultural sector," he commented.

“The traditionally good cooperation between Bulgaria and China leads to constant increase of the agricultural production expert to China”, said the Deputy Minister Groudev.” For the first time in 2014 we had a positive trade balance in the trade with agricultural and food products, estimated at more than USD 17 billion. This is due mostly to the increasing export of grain cultures,” Mr Groudev explained. According to him, Bulgarian agriculture has the potential to satisfy the growing interest of China to Bulgarian wines, dairy products rose oil, bee products and other bio products.

The forum was attended by Vasil Gelev, director of the Association for the Promotion of the Cooperation in the Field of Agriculture between China and Central and East European Counties. Later today, together with the Deputy Minister Groudev will open the first meeting of the Consultative Board of the Association.