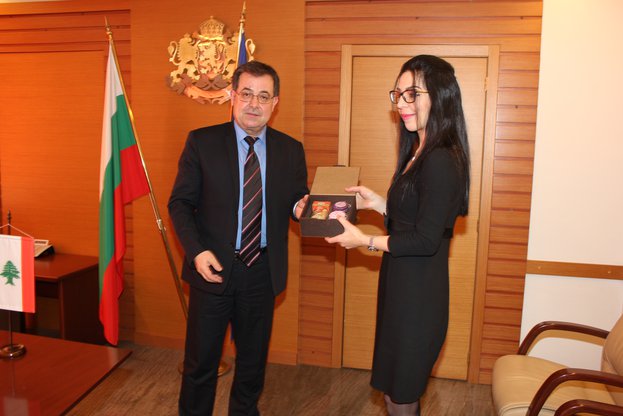 Bulgaria and Lebanon will sign an agreement on cooperation in agriculture. This became clear during a meeting between the Minister of Agriculture and Food Prof. Hristo Bozukov and Ms. Suzan Mouzi, Chargé d'Affaires a.i. of the Embassy of Lebanon in Bulgaria.

Minister Bozukov pointed out that currently the bilateral relations are not well represented, but expressed hope that after signing of the cooperation agreement, the existing trade to be boosted.

"Our country produces many quality products that may be present on the Lebanese market," added Minister of Agriculture and Food.

In her turn, Suzanne Mouzi said that there is a huge potential for cooperation in the field of innovation, forestry and agriculture as a whole between Bulgaria and Lebanon.

She stressed that our country exports wheat, barley, corn and dairy products to Lebanon. Charge d'Affaires of the Embassy of Lebanon in the Republic of Bulgaria has committed herself to prepare the agreement.

Ms. Suzan Mouzi also informed the Minister for a NGO project for women in agriculture. It aims to familiarize Lebanese women with the production of rose oil and essential oil cultures.

Prof. Bozukov added further these women could visit the Institute of Rose and Essential Oil Cultures in Kazanlak, where to be acquainted of the theory and practice of growing these cultures in our country.

Bulgaria is one of the largest exporters of lavender oil. The visit of Lebanese women in Bulgaria will last for five days and it is entirely funded by the European Union.