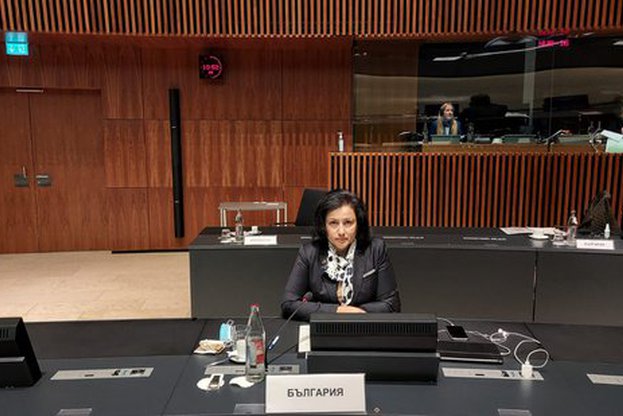 The agreement reached reflects Bulgaria's position during the negotiation process.

After two days of negotiations, our country managed to maintain the current level of coupled support - 13 + 2% of the total package of direct payments, despite the proposal of the European Commission to reduce it in the new programming period.

In addition, at Bulgaria's insistence, the Transitional National Aid (TNA) will be maintained in the next programming period. Until 2023, it will be at the levels of 2020, and it will continue with a decrease of 5% per year from 2024. On the agreement reached, member sStates will remain obliged to designate at least 30% of their RDP’s funding to be spent on the environment and climate and at least 20% of the direct payment budget package for eco-schemes. In the same time, the agreed position allows member states to have the necessary flexibility in how they would reach environmental goals. For instance, there would be a two-year pilot phase for eco-schemes and member states would enjoy flexibility on how to allocate funds under different green practices. schemes will be able to be transferred to other decoupled measures under the first and second pillars.

Bulgaria's position on the exceptions of small farms was reflected, although not fully. Agricultural holdings up to 10 ha will be exempted from the application of the standard for crop diversification and ecologically oriented areas (GAEC 8 and GAEC 9).

In the next programming period, the exclusion from the financial discipline mechanism for beneficiaries receiving direct payments up to EUR 2,000 is maintained.

According to the agreement reached and again at the suggestion of Bulgaria, the support in other sectors through operational programs of organizations and producer groups has been increased from 5% to 10% of the value of the products offered on the market.

The draft regulation reflected the decision taken by the leaders of the Member States of the European Council to voluntarily apply a ceiling on direct payments of over EUR 100,000. The ceilings will apply only to SAPS, while retaining the possibility of deducting labor costs related to agricultural activity. Each Member State may decide to commit up to 1% of direct payments to beneficiaries' participation in risk management instruments.