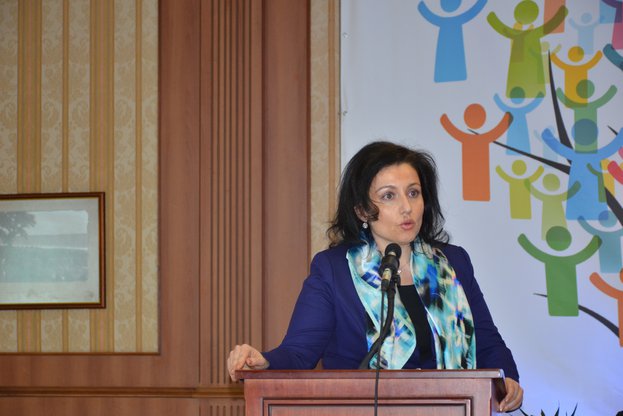 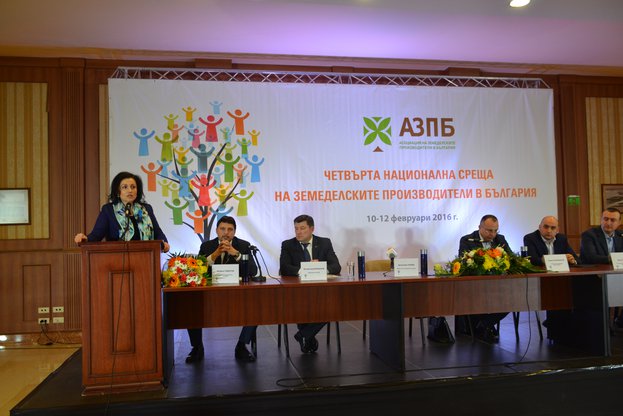 
“Business will have financial resources of over EUR  500 mln available in 2016”,stated by Minister of Agriculture and Food Desislava Taneva during the official the Fourth National Meeting of the Agricultural Producers  in resort Golden Sands, organized by the Association of Agricultural Producers in Bulgaria. She added that it is planned two of the most desirable measures of business under the Rural Development Programme 2014-2020 to be opened. These were Measure 4.1 "Investments in agricultural holdings" and measure 4.2 "Investments in processing / marketing of agricultural products." Acceptance for private beneficiaries under other measures is also planned. Business has already showed readiness and vision for the modernization of farms, "said Taneva and recalled that last year farmers received funding in the amount of EUR 350 mln., including an extraordinary acceptance  under the RDP 2007-2013
Minister of Agriculture announced that during this year's direct payments campaign, the distribution of the overall package among farmers would be fairer. "Ministry of Agriculture and Food managed to ease the process of application in the light of new requirements introduced in the campaign .Right of support will have these areas which have registered judicial statement. ", said Desislava Taneva. She explained that in the current campaign team the ministry’s team will continue with the concept for new modern land legislation.
During the meeting, Minister Taneva appealed to farmers a producer organization to be established. "The most important is the unification of the farming community because it allows a much better administrative capacity, which is a guarantee for finding solutions that are best for the industry and its growth," was clearly Taneva.
The Executive Director of State Fund Agriculture Rumen Porozhanov, the Executive Director of the Executive Agency for Fisheries and Aquaculture Yancho Yanev, as well as experts from MAF attended the event.