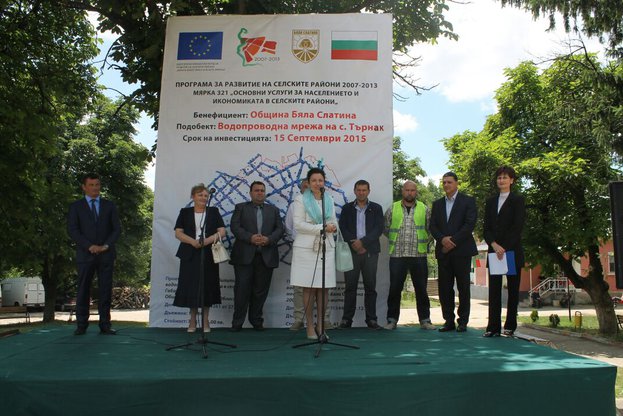 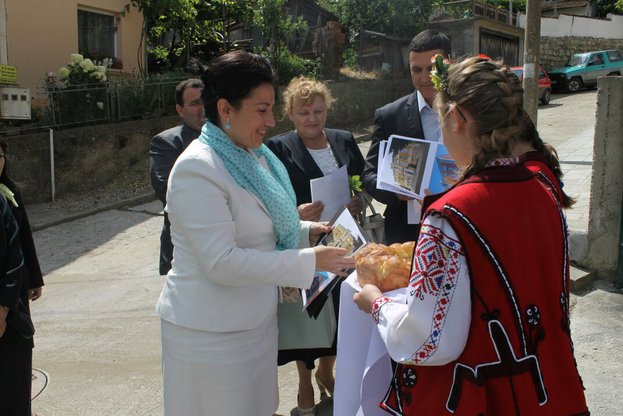 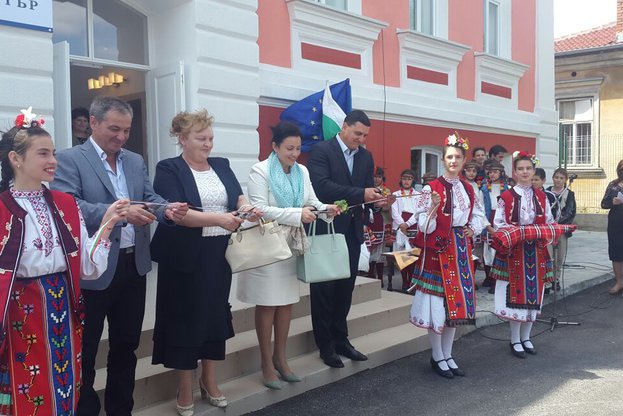 Previous Next
“Over EUR 1 bn has been invested to improved living conditions rural areas in Bulgaria under the Rural Development Programme 2007 – 2013, “ said Desislava Taneva, at an official groundbreaking ceremony dedicated to a project for rehabilitation of the water supply network in the villages of Tarnak, Gabare, Galiche, and Popitsa in Byala Slatina Municipality, district of Vratsa.
The project is realised under Measure 321”Basic services for the economy and rural population” of the Rural Development Programme 2007 – 2013 and is estimated at BGN 5,622,835.46.


Minister Taneva recalled municipalities could apply under 3 measures in the past programme period. “1,306 projects have been signed so far. There 234 projects worth nearly BGN 800 million to improve water supply and sewerage infrastructure, 89 of which have been finalised and payment have been made as well,” the minister announced.


She explained the period of time in which the Rural Development Programme 2007 – 2013 would function would not be extended and the project in Byala Slatina Municipality needed to be realised by September 15 and paid for by the end of the year.

During her visit, Minister Taneva attended the inauguration ceremony of a daily centre for elderly people in the town of Oryahovo. The building was renovated under Measure 321 “Basic services for the economy and rural population” of the Rural Development Programme 2007 – 2013 and is worth BGN 4,731,206.