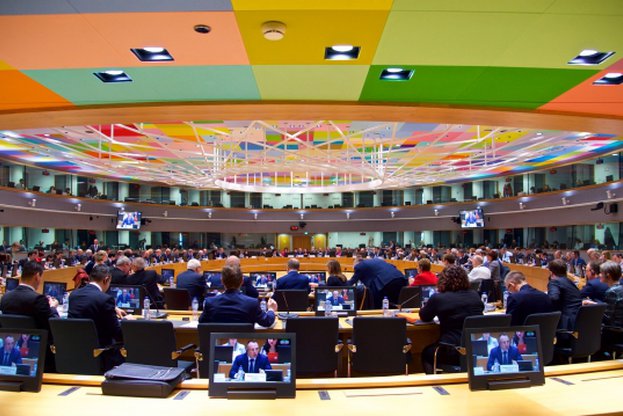 Rumen Porodzanov, Bulgarian Minister for Agriculture, Food and Forestry, chaired a second debate on the future of Europe's post-2020 agricultural policy at the February Agriculture and Fisheries Council (AGRIFISH) on Monday. Under the chairmanship of Minister Porodzanov, the ministers of the 28 Member States of the European Union discussed direct payments, environmental and climate action and rural development. The debate was broadcast live.

Just like the first debate in January, the aim was for the Council to provide guidance to help the Commission draft its legislative proposal on the future Common Agricultural Policy (CAP).

Commenting on the outcome of the meeting, Minister Porodzanov said: "Today we had a fruitful discussion on some of the most important aspects of the future Common Agricultural Policy: direct support, environment and rural development. We have a responsibility to lay the foundations for a modern policy that rightly rewards farmers for providing high-value public goods such as food security, action against climate change and protection of rural areas."

On Monday, ministers all agreed that direct payments are an important element of the CAP. At the same time, the system could be improved to make sure payments are distributed in a more targeted and effective way. Farmers have a role to play in protecting the environment and they should be rewarded for their efforts. Also, policy-makers should find ways to offer people from rural areas opportunities to work and live there so they have reasons to stay and develop the regions.