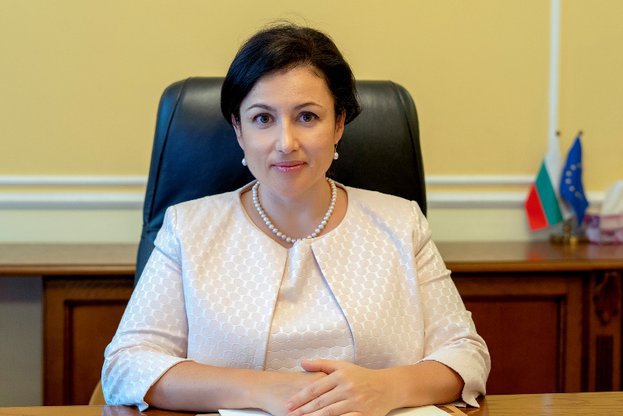 Bulgaria and the new EU member states continue to insist on high coupled support levels and the preservation of transitional national aid with a new reference date. This became clear at a meeting of the EU Agriculture and Fisheries Council in Brussels, which was attended by the Minister of Agriculture, Food and Forestry Desislava Taneva. During the meeting, she said that our country offers at least the current levels of coupled support and the Transitional National Aid to be preserved for the entire period until 2027. Minister Taneva clarified that the proposal includes a change in the reference date of 2018, as there are proposals for other measures with a reference date. Desislava Taneva pointed out that the EU agreement on the Multiannual Financial Framework passed through voting and the external convergence set are unsatisfactory. "We hope that our proposal will be considered and a compromise will be made, not only with regard to Bulgaria, but the other member states, which are in a similar situation too," she added. This will allow farmers' payments to be preservedand the economic and social sustainability of the sector will be ensured.

Minister Taneva expressed hope that in October a partial common approach (Council’s position) will be reached with the necessary compromises to ensure equality of farmers in the EU. Regarding the issue of the binding nature of eco-schemes, she highlighted that this for Bulgaria remains one of the main political elements, which are considered inseparable from the other sensitive issues for our country under the CAP Reform package, namely the levels of coupled support and PNP.

"We support the introduction of a single percentage in the regulation of ecologically oriented areas in the requirements of Good Agricultural and Environmental Status (GAEC 9) for the whole EU. The maximum mandatory percentage for ecologically oriented areas should not exceed 5%. The possibility of excluding farms up to 15 ha must be maintained. It is also important to leave the possibility to exclude farms up to 10 ha of arable land from the scope of GAEC 8, which continues the logic of diversification from green requirements, "said Minister Desislava Taneva. According to her, the new requirements in increased conditionality provide a sufficient guarantee for obtaining the environmental value of the CAP with the inclusion of green requirements, without having to increase the already applicable ones. She reminded that our country has always defended its principled position of excluding small farmers from controlling conditionality.

During the meeting it became clear that Bulgaria welcomes the proposal of the Presidency to include payments in areas with natural constraints, taking into account the 30% budget of green payments. "We also support the financial flexibility in taking into account the eco-schemes that must be provided not only for the first two years, but for the entire programming period. The most important thing is to preserve the competitiveness of European farmers and to fight for their equality in each member state, "said Desislava Taneva.

In Brussels, EU agriculture ministers also discussed the possibility of approving strategic plans for the new CAP. According to Minister Taneva, this is the easiest way to exchange experience between member states with similar characteristics. "This will make the parameters of the Common Agricultural Policy even better for our farmers," she added.