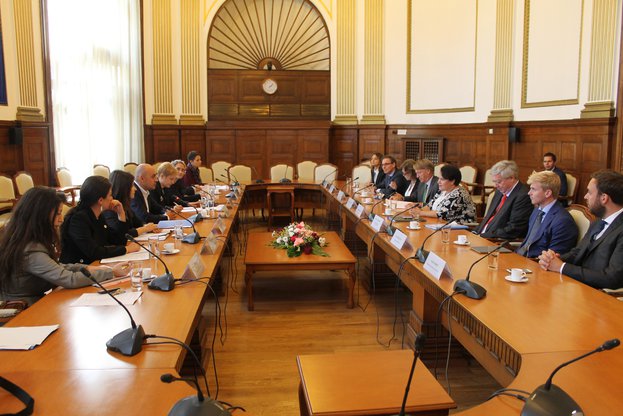 "Bulgaria will support the efforts of the Netherlands to simplify the implementation of the Common Agricultural Policy for the European Union farmers, which is a key priority for us, too." This announced Deputy Minister of Agriculture and Food Vassil Groudev during a meeting with Minister of Agriculture of the Netherlands Sharon Dijksma. The main priorities in the agricultural sector on which the Netherlands will work within the framework of its presidency of the European Union Council during the first half of 2016 were presented during the talks. According to Deputy Minister Groudev, simplification of the Common Agricultural Policy is essential to its implementation, since it has been intended to assist farmers, not the administration.


During the Dutch Presidency topics concerning the fight against antimicrobial resistance, animal welfare and combating food losses and waste of food will be raised.

Minister Sharon Dijksma said that Bulgaria could rely on the expertise of Netherlands in preparation for its first Presidency of the EU Council in the second half of 2018.

During the meeting problems in the dairy sector were also discussed. According to Deputy Minister Groudev providing a financial package for the Member States is only a short-term measure. “Long-term measures are necessary to be applied such as the development of new markets for European milk."