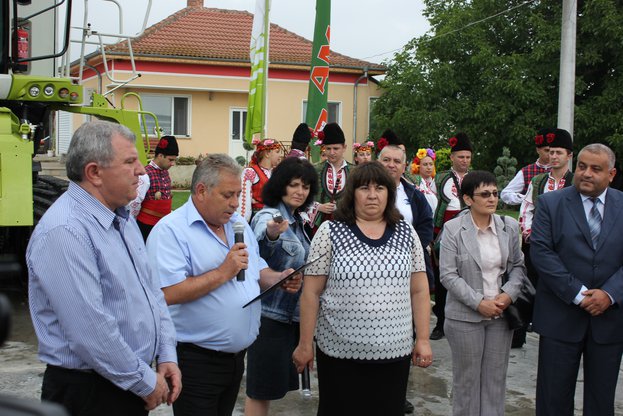 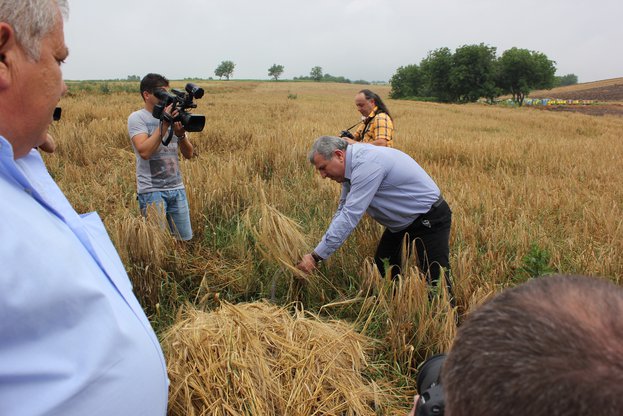 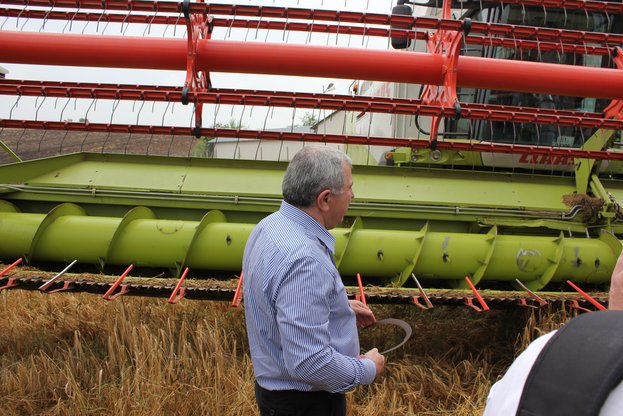 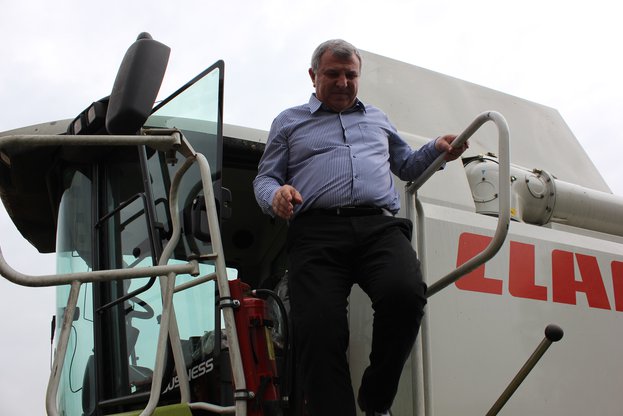 “The amount of wheat harvested in the country this year is expected to be at about 5 million tons and 700-800 tons of barley”, this announced Minister of Agriculture, Prof. Dimitar Grekov at the opening of the harvest campaign in the village of Dolna Oriahovitsa. "Despite unfavorable weather conditions in the recent weeks, the crops are in good condition and this fact gives hope for stable yields," said Minister Dimitar Grekov. He added that a number of 8518 combine harvesters will participate in this year’s harvest campaign, which is with 3% higher compared to 2013. The amount and quality characteristics of the machines are sufficient to enable farmers in the country to perform safely and securely their work.

Minister Dimitar Grekov commented on the issue of fuel vouchers for farmers. "All the big fuel stations accept fuel vouchers, but there is a problem with the smaller ones. I want to assure the people working in the smaller stations that the vouchers are well protected and secure, so there is no reason to worry. "

At the end of the official ceremony, the Minister of Agriculture and Food Dimitar Grekov highlighted that this year’s subsidies for the sector were paid yet at the beginning of the year, which creates a secure environment. He added that last year the leadership of the Ministry reassured all the farmers that it is opened to dialogue with them. "We laid the foundation for a successful business year as the measures taken must continue to develop because the future of Bulgaria lays in agriculture," concluded Minister Grekov.