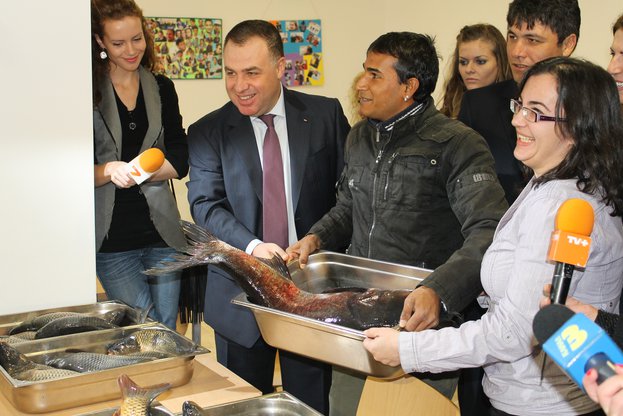 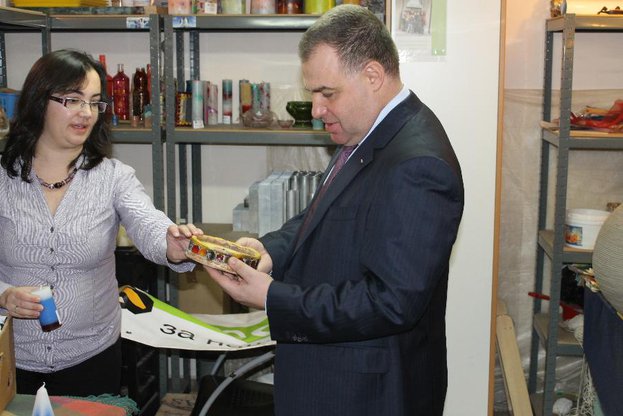 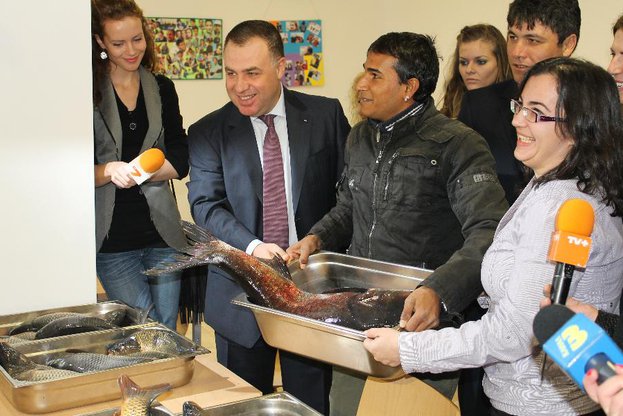 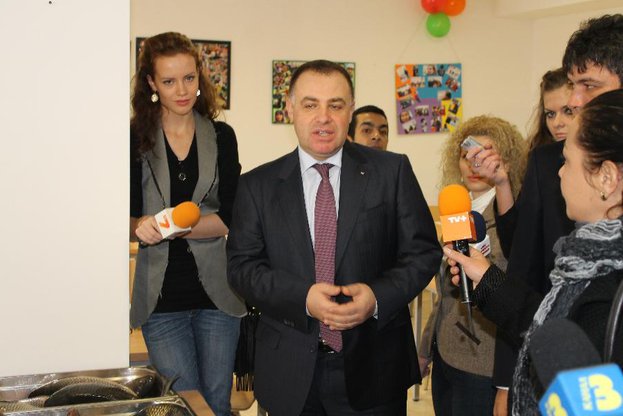 Previous Next
Minister of Agriculture and Food Dr. Miroslav Naydenov has donated fish to disadvantaged youths at Sv. Konstantin Social and Youth Centre in Sofia to mark Saint Nicholas’ Day.
At the moment, the centre provides temporary shelter for 70 young people aged between 18 and 33.


A further 4 tonnes of fish seized from poachers and illegal farms will be donated by the Bulgarian Food Safety Agency (BFSA) in seven more towns, said executive director Yordan Voynov.

Dilyana Gyurova, executive director of the youth centre, said they rely mostly on donations to cover their costs. She thanked minister Naydenov and noted that this is the first time the centre has received direct support from the state.

Speaking to media, Naydenov said that carp sold for BGN 5/kg on December 6, 2012 in comparison with BGN 8 at the start of his term in office. He also pointed out that government support will allow for a 10% price reduction in the produce of pig and poultry farming. He also expects the major retail chains to come out with special Christmas offers.

More than 3 tonnes of fish were seized over the days leading up to Saint Nicholas’ Day in joint checks of NAFA, the police and BFSA, said NAFA chief Dragomir Gospodinov.