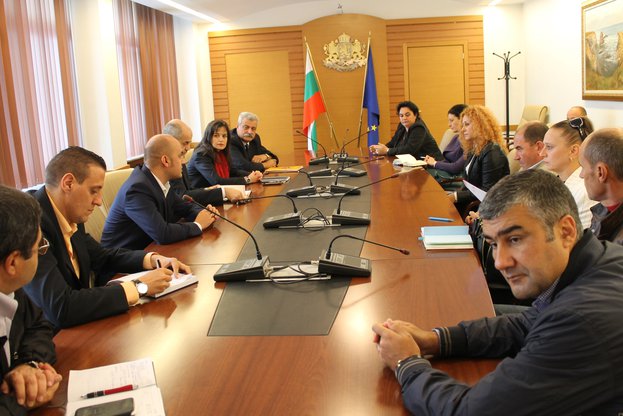 Bulgaria has presented to the European Commission its plan for vaccination against bluetongue disease. This plan contains information about the place of vaccination, who is responsible to perform it, the period and the animals that will undergo the process. That became clear at the meeting of the Ministry of Agriculture and Foods between Minister of Agriculture and Food Vassil Groudev and his deputy Assoc. Prof. Georgi Kostov with representatives of the animal breeding organizations. Vaccines will be given out by the state and vaccination will be performed by official veterinary authorities. Immunization will begin in the beginning of March next year.

The vaccination of ruminants against bluetongue disease aims to protect the susceptible animals in 2015, which will reduce the losses caused to the owners of infected animals and allow resumption of cattle trade.

The SFA will provide de minimis subsidy at the beginning of 2015 for the costs incurred for the treatment of bluetongue disease.


The deadline for notification of Force Majeure for all animal breeders with infected animals, who are candidates under schemes for Complementary national payments and specific support for the 2014 campaign, has been extended until October 15.