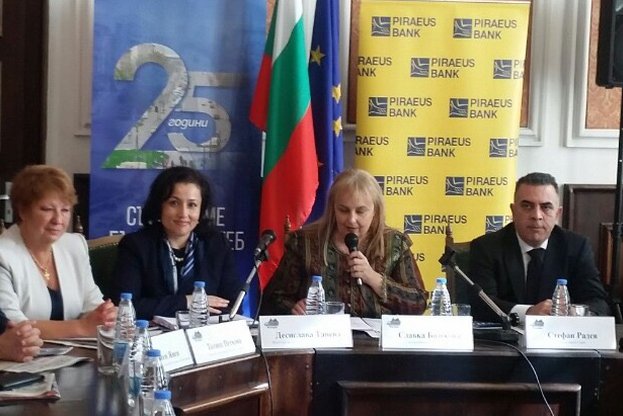 “The projects that are the most satisfied according to the various types of investments submitted will be those to improve educational infrastructure and kindergartens”, announced by Minister of Agriculture and Food Desislava Taneva during a discussion on "The Wonders of Sliven - New opportunities for the development of cultural tourism in the region." She explained that these are preliminary results from the completed first projects acceptance under sub-measure 7.2 "Investments in the creation, improvement or expansion of all types of small scale infrastructure" of the Rural Development Program 2014-2020. Minister Taneva explained that applications submitted under the measure amounts to over BGN 2.1 billion and recalled that the budget provided for this acceptance is EU350 mln.


"Satisfaction of investment in educational infrastructure and kindergartens is 32%. 18% is in cultural activities, 26% is in the street and pavement infrastructure, while road infrastructure, the rate of satisfaction is 31%," announced the minister. She pointed out that the agriculture sector in Sliven municipality has twice the highest share in the local economy.

Discussion "The Wonders of Sliven - New opportunities for the development of cultural tourism in the region" is part of the national campaign for protection and promotion of cultural heritage of our country "The Wonders of Bulgaria". The event was hosted by the Mayor of Sliven Stefan Radev.