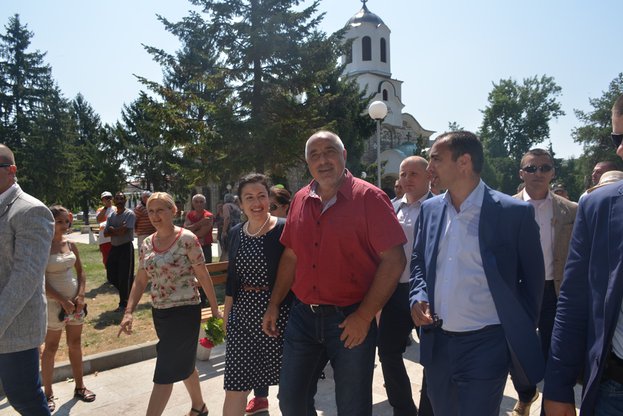 Lukovit Municipality absorbed BGN 17 million under  the  Rural Development Programme 2007-2013, said Minister of Agriculture and Food Desislava Taneva who, together with Prime Minister Boyko Borisov attended the official opening of the reconstructed town square "Third of March" in the town. The reconstruction was realized through a RDP project amounted to nearly BGN 2 million. Minister Taneva highlighted that thanks to the efforts of Mayor Ivan Grancharov seven contracts are concluded with the SF"Agriculture".


“The living conditions have been improved not only in Lukovit, but also in 10 more villages in the region with the subsidies under the RPD. I hope you will be able to take advantage of new investments with the programs and measures during the new programming period, “Minister of Agriculture added.


The reconstruction of the town square was carried out under Measure 322 "Renovation and development of settlements" of the for Rural Development Programme 2007-2013.