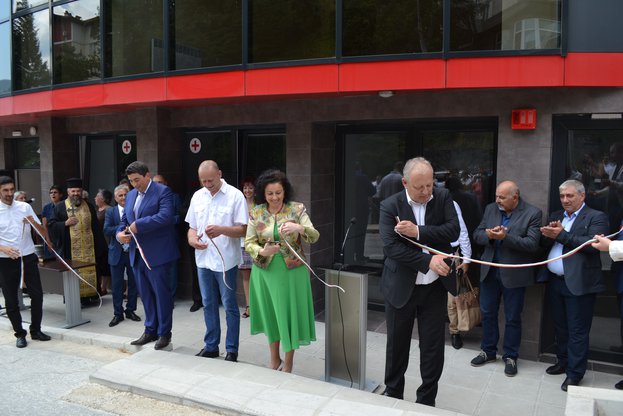 "Since the beginning of next week, for the first time, all state forestry enterprises in Bulgaria will announce the procedure for buying small forest areas. They must be owned by Bulgarian individuals, shouldn’t have been swapped and reach up to five hectares," announced Minister of Agriculture and Food Desislava Taneva at the opening of a new administrative building of the South-Central State Forestry Enterprise in the town of Smolyan. She pointed out that the aim is to reach consolidation thus the state forest area would increase and be guarded and managed according to silvicultural science. "The budget, provided to all forestry enterprises for this activity amounts to nearly BGN 700 000," added Minister Taneva. She explained that the rules for this procedure are published on the website of the Ministry. "Every owner will be able to offer a price for the property, and then there will be a pre-qualification, as priority will be given to small properties that are up to two hectares. Forest properties that are adjacent to a state forest will enjoy preferences in order to consolidate, "said the Minister.
Desislava Taneva informed that the financial result for the first half of all state forestry enterprise has increased with 30% compared to the same period last year. She added that at the time the damages of forest fires are times less than last season. ". This is due to the better system for notifying the fire and quick response, "she added.
Taneva also explained that there are 350 equipped teams carrying out control in forest areas. "
Desislava Taneva congratulated all the employees for high results. “Office building spreads on a total area of 1301 square meters. The project value is over BGN 1.7 million.