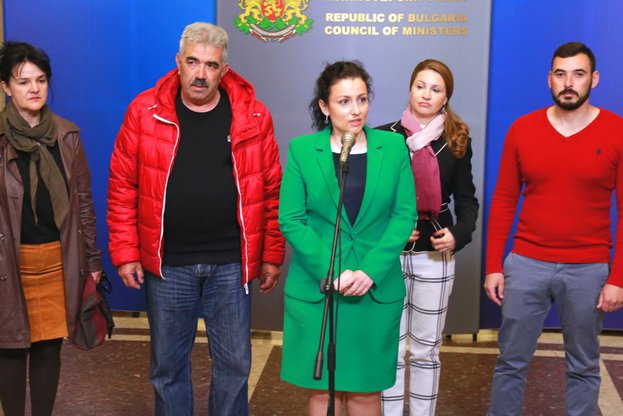 The Council of Ministers allocated BGN 14.490 million from the budget of the Ministry of Agriculture and Food to tackle the consequences and eliminate the lumpy skin disease, whose first outbreak was found on 13 April. This announced the Minister of Agriculture and Food after a government’s sitting. “The funds provided will help us to take all the measures to limit the virus carriers. Spraying in 9 vectors of insects and blood suckling animals will be carried out in the areas around the farms, “explained Taneva. According to her, materials regarding the most stringent measures have been distributed to all animal breeders and to ensure disinfection of the farms. "In areas where outbreaks of the disease have been found the spraying has been carried out since Friday," said the Minister.


Desislava Taneva informed that at present, 13 outbreaks of the disease in the districts of Haskovo and Stara Zagora have been identified.  "Since last autumn, the Bulgarian Food Safety Agency carried out a tight monitoring program on farms in southern Bulgaria. Thanks to that, the disease was found, "added Taneva. She said that in Turkey and Greece this disease has existed for several years. Turkey has registered nearly 900 outbreaks while in Greece they amounted over 117.

Minister of Agriculture and Food recalled that on Monday Bulgaria has asked the European Commission for 350 000 doses of vaccines for the cattle in the South Bulgaria. "By the middle of next week we expect the first 150,000 doses to arrive. Yesterday a total of BGN 200,000 was provided for the compensation to owners of animals euthanized.

Under European legislation, vaccination should be carried out after finding the disease in the country and the European Commission’s approval of the notification for vaccine administration. According to the national specifics of a particular type of production, economic losses for farmers should be estimated to be less, said the Minister and explained that vaccination would lead to a three-year limitation for products from vaccinated animals.