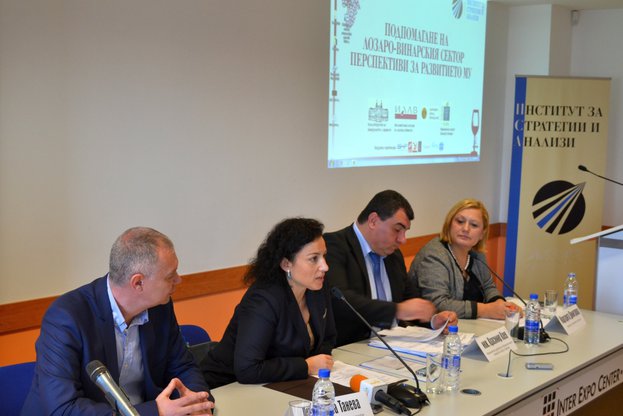 "After numerous debates between the Ministry of Agriculture and Food and the vine and wine industry, we arrived at a consensus on the Regulation for National Wine and Vine Program," said Minister of Agriculture and Food Desislava Taneva at the opening of a conference themed Assistance to the Vine and Wine sector; Perspectives for its Development ", held in Inter Expo Center. “Regulation will be adopted in a way which I believe will lead to much more fundamentally, transparent and clear allocation of funds under the program," said Minister Taneva. She explained that rating and ranking of projects under the program is being introduced. "Yesterday the last meeting of the working group was held, where an agreement on the criteria of the industry was reached," commented Desislava Taneva. "With the regulation, which is to be published ceilings on funding the projects are set in order priority to be given to those candidates who have not applied so far under the program," explained the Minister of Agriculture and Food. She added that for the first time an advantage is given to organic producers, as well as to the candidates who have purchased a planting right. Additional preference will be given to projects which are realized on the territory of northwestern Bulgaria. "I hope the transparent management of the resources of the program and much clarity on what direction to work the producers in this sector will be achieved," said Desislava Taneva.
The minister said that the wine program is applied very successfully, but it as the RDP in recent years has a budget, which is insufficient to satisfy all demands. Minister Taneva congratulated all operators in the sector for the good work and results.