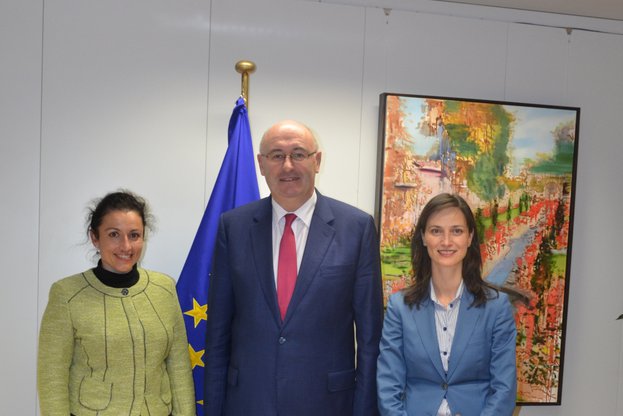 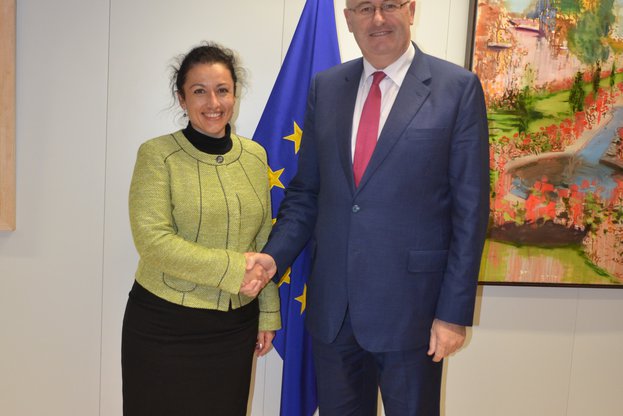 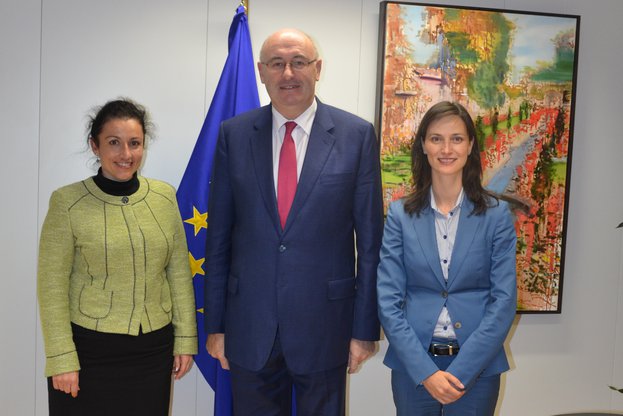 
“You work hard and have a great progress in the utilization of funds in the agriculture sector ", said European Commissioner for Agriculture and Rural Development Phil Hogan during a meeting with the Minister of Agriculture and Food Desislava Taneva in Brussels. MEP and Vice-President of the EPP Group in the European Parliament Maria Gabriel also attended the meeting.


Minister Taneva made Commissioner Hogan familiar with the decisions reached during the consultative council on livestock breeding, held this week. "We announced the allocation of coupled financial support in the scope of direct payments.

‘We assured farmers that the first week after the payments start, as of October 16, we will pay the maximum advanced payment allowed to every scheme, which is 70% or they will receive BGN 113 million in the very first week, the remaining 30% will be paid in December, "explained Taneva. She said that the Ministry has proposed several options for distribution of the financial support package of EUR 6 mln for the dairy sector in the European Union. Minister of Agriculture and Food thanked the Commissioner Hogan for the support that Bulgarian livestock breeders will receive.

"We did everything possible to define criteria taking into account the specific conditions in different member states such as Bulgaria and Romania," said Commissioner Hogan in his turn.

Desislava Taneva shared that together with Maria Gabriel have several common causes, namely to refine conditions within the Common Agricultural Policy for applying of beekeepers.