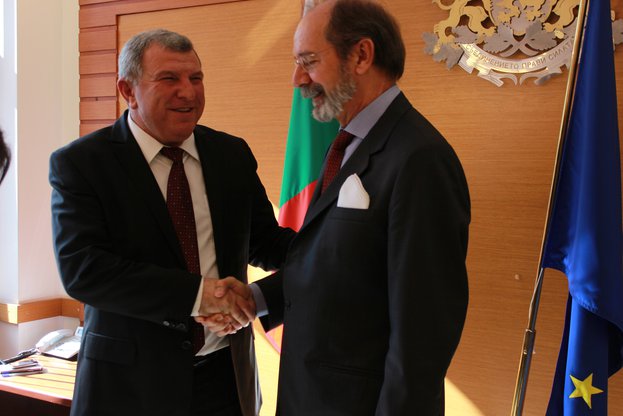 Minister of Agriculture, Prof. Dimitar Grekov met with H.E. Jose Luis Tapia Vicente, Ambassador of Spain to Bulgaria. The two officials discussed issues of mutual interest in the field of agriculture during the meeting in the MAF.

Minister Grekov pointed out that Bulgaria is a country with a tradition in agriculture and has favorable soil and climatic conditions for the cultivation of many crops as for the development of livestock breeding.

“We could use the Spanish experience in the irrigated agriculture, greenhouse production and development of viticulture in the country”, said the Minister.

The Spanish Ambassador noted that Bulgaria and Spain could successfully develop their agricultural potential by absorbing funds from the European Union.

“Our two countries should implement their good practices and ideas to support various sectors in agriculture," the Minister underlined.