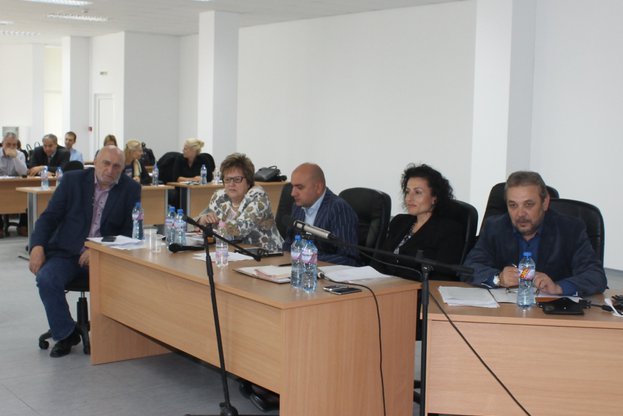 "Bulgarian farmers will receive nearly BGN 250 million by the end of the year." This announced Minister of Agriculture and Food Desislava Taneva at the consultative council on stock-breeding held in the town of Veliko Tarnovo. These funds are national and European money, as they include the state aid de minimis, paid to the dairy sector. ““In the first week after the payments start, as of October 16, we will pay the maximum advanced payment allowed to every scheme, which is 70%. In other words, the farmers will receive BGN 113 million in the very first week,” the minister explained.


Minister Taneva pointed out that in 2014 the funds that intended to be paid to the livestock breeding sector amounted to BGN 164 million, while in 2015 money increased to BGN 210 million. Deputy Minister Vassil Groudev noted that the increase in resources is due to the increase of EU funding based upon decrease in funds from the state budget.

Deputy Minister Groudev presented before the members of the Consultative Council the indicative rates for the different schemes of bound livestock support per head of cattle: for dairy cows -BGN 253.60; cows under selection control – BGN 257.63; cows for meat- BGN 250.29; for ewes and goats – BGN 88.80; for ewes and goats under selection control more than 50 heads of cattle in a farm – BGN 67.87 and for buffaloes – BGN 499.36. Minister Taneva added that the national transitional aid for ewes and goats (1,055,000 heads of cattle) will be paid to one hundred percent in October, as there indicative rate amounts to BGN 39 per head of cattle. Payments for cattle and buffaloes are respectively BGN 192 and BGN 336 lev per head of cattle.

During the Council, it became clear that the Regional Agriculture Directorates will hold monthly consultative councils. Thus local problems can be resolved at the district level. The newly prepared amendments of the Law on Veterinary Activity and the new Law on the food chain, which is currently being prepared, were discussed. "All these changes are made to ensure the quality and safety of the food we consume," said Minister Taneva.

Three options for the distribution of the financial support package of EUR 6 mln for the dairy sector in the European Union were also discussed during the Council "Payment of the financial package will start as of October 16," added Minister Taneva. She explained that the deadline is set by the European Commission decision to the end of December.