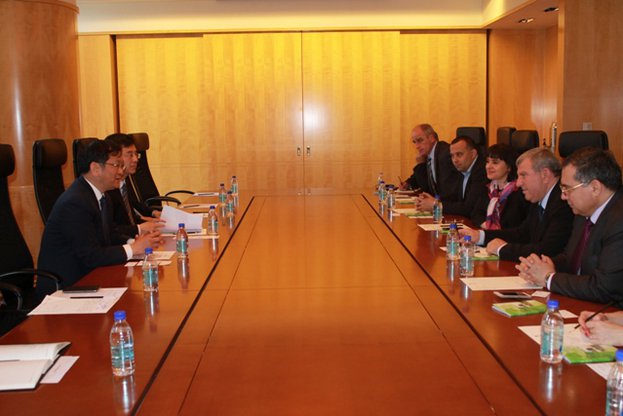 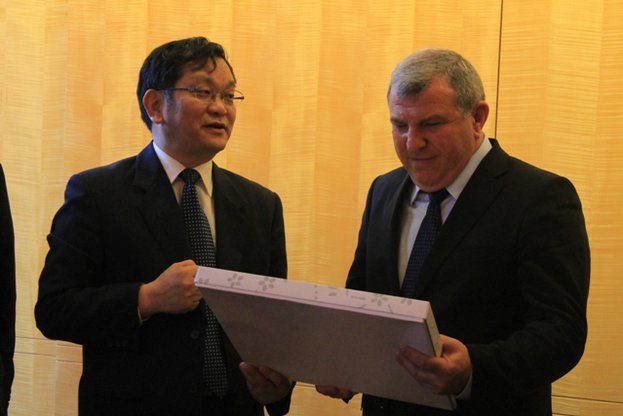 Minister of Agriculture and Food Prof. Dimitar Grekov met with Sun Lei, chairperson of the Shanghai Agriculture Commission, in the frames of his visit to China. They discussed the necessity to speed up bilateral cooperation in agriculture, particularly in the fields of winemaking, dairy and tobacco products.

Minister Grekov remarked bilateral relations have been accelerated over the past year. Two protocols had been signed in a very short period of time, making possible exports of maize and alfalfa to China. He also remarked Bulgaria and China had been working on a total of fourteen procedures concerning various agricultural products and foods.

In his turn Sun Lei acquainted Prof Grekov with the state of agriculture and food trade in Shanghai. The city of Shanghai attaches great importance to the self-sufficiency achieved by growing leafy vegetables (on around 35,000 decares) and a very strict system for bringing foods quality under control has been developed

Shanghai, where nearly 28 million people live, requires satisfying of the public’s needs of foods on a daily basis. Some 660 tonnes of milk are consumed daily and about 120 million tonnes of pork, some 2.5 million tonnes of which are, in Sun Lei’s words, their own production.

Agricultural land is severely limited [in terms of area] and this constantly requires imports of agricultural products and foods, according to Sun Lei. Because of this fact Bulgaria and China could cooperate in technologies and know-how exchange, agricultural products trade – meat and dairy products, wine, honey, and others, it was announced in the course of the two officials’ meeting. Both of them also discussed stimulating exchange of specialists and students in the sector of agriculture.

In the frames in his visit to China minister Grekov met with the Vice President of state-owned Bright Food Group. The company operates in nine divisions, the main ones of which are in the field of agriculture and foods – sugar production, alcoholic beverages production, dairy products, their own chain of stores, production of vegetables and others. They both discussed the possibilities for imports of fodder, children’s foods, chicken and others.

The Minister also invited Chinese business people to pay a working visit to Bulgaria in September 2014.