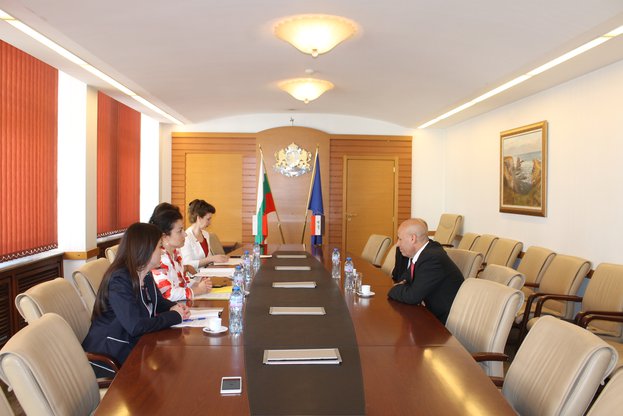 Bulgaria and Iraq will seek opportunities to deepen their relations in the field of agriculture. This became clear at a meeting of the Minister of Agriculture and Food Desislava Taneva and the Ambassador of the Republic of Iraq H. E. Mr. Kahtan Janabi.

"There perspective for the relations between Bulgaria and Iraq to deepen and increase exchanges in agriculture," said Minister Desislava Taneva.


"Iraq is interested in Bulgaria's experience in agriculture, especially in terms of implementation of new technologies in agriculture," said in his turn, the Ambassador of the Republic of Iraq H. E. Mr. Kahtan Janabi. According to him, it is necessary a specific agreement on agriculture between Bulgaria and Iraq to be drawn up.

During the meeting the procedures for issuing export certificates for agricultural products to Iraq were also discussed. Minister Taneva explained that Bulgaria has provided the necessary documents on the procedures and hopes that they will be finalized by the Iraqi side.
"The signing of an agreement on agriculture is in the interest of both sides," said Taneva, adding that she hopes the active cooperation in the field of tobacco production to be restored.