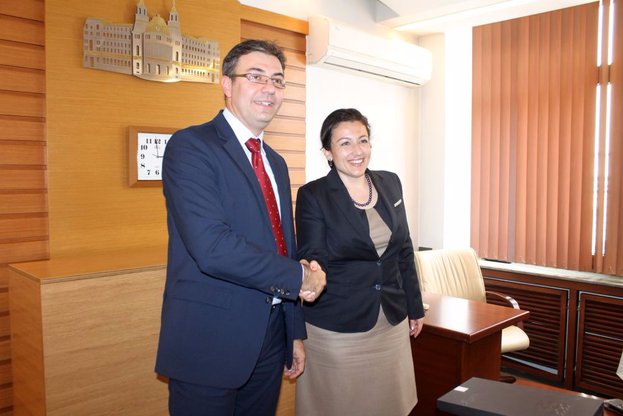 Bulgaria and Croatia discussed the possibility of a unified position to the European Commission on measures to Milk sector. This happened during a meeting of the Minister of Agriculture and Food Desislava Taneva with a delegation from the Committee on Agriculture of the Parliament of the Republic of Croatia, which was held at the ministry.


Minister Taneva suggested the both countries to come together around request to the Commission for allocation of new financial package for the implementation of measures which restrict and reduce the production of raw milk in order to stabilize the price levels. She explained that we would like to consider the regulation of the issue of food production, which has substitutes.

"We divided the maximum financial assistance, which the Commission allowed with EU funds and national co-financing by the end of last year, but this does not change the trend in this market," said Minister Taneva. “Milk production continues to increase, while there is no increase in consumption and prices continue to fall”, she added.

Desislava Taneva familiarized the delegation with the measures taken in our country in connection with the lumpy skin disease. "Right now we initiate a debate, to analyze practices to prevent spread and a possible change of the existing regulations. I urge you to join our request because the decision for a different approach to the types of measures against the disease would be beneficial especially for countries that have yet to be faced with this disease, "said Minister Taneva.

In his turn, Mr. Zoran Vasic, a member of the Committee on Agriculture, thanked the Minister for advice and readiness for cooperation in agriculture between the two countries. He expressed readiness to defend the common interests before the European Commission. "Your experience of absorption of EU funds, in particular for the Rural Development Programme in Bulgaria is very valuable to us," said Mr. Vasic.