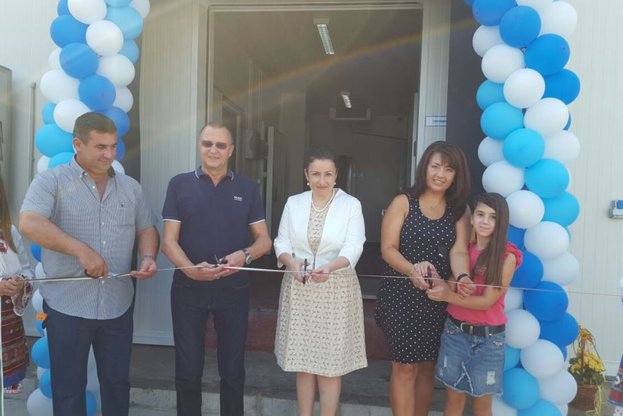 "At the end of the year we expect the formal approval of the Operational For  the Fisheries Sector Development Programme 2014-2020",stated Minister of Agriculture and Food Desislava Taneva during the opening of a plant processing and production of fish and seafood in  ORyahovo village, Ruse  Region, funded under the Operational For  the Fisheries Sector Development Programme 2007-2013" She added further that the new program is expected to be sent  for official approval to the European Commissionatat  the end of September. Desislava Taneva congratulated the owners of the processing plant, which started its work today, on the initiative and use of EU funds to support such investments. "I feel  happy when in the villages like Oryahovo, and on the territory of the municipality,an investment that meets all european requirements and costs BGN  1 million 700 thousand opens," she said.


The plant is financed under Measure 2.6 "Investments in processing and marketing of fishery and aquaculture products" under the Operational Programme for the Fisheries Sector Development  2007-2013" and will  create 30 jobs. The event was attended by MPs Plamen Nunev and the Mayor of Ruse Plamen Stoilov.

Minister Taneva also attended the opening of a playground in the town of Martin, built with funds under the Environmental Protection Fund.