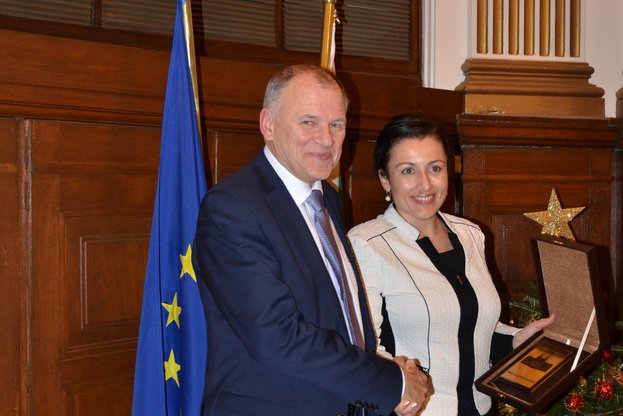 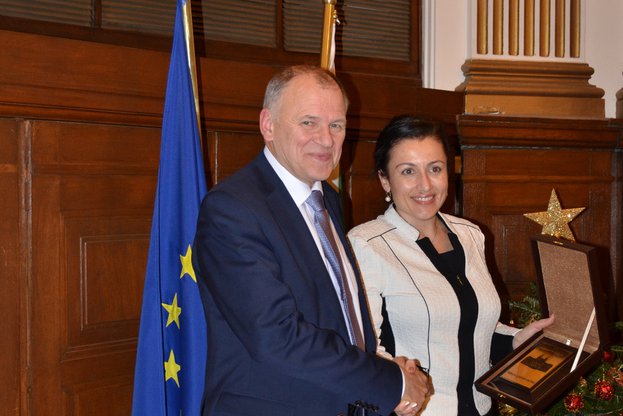 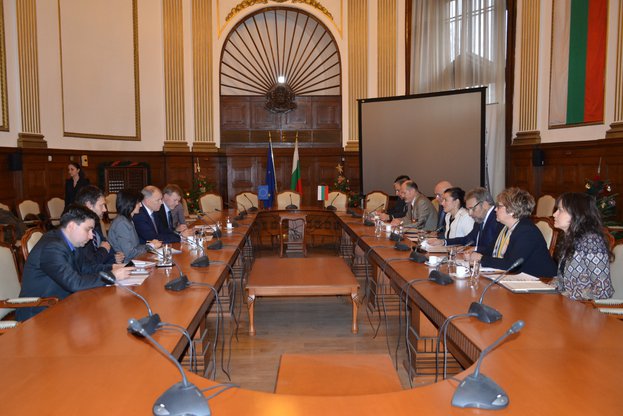 Previous Next
Minister of Agriculture and Food Desislava Taneva met with European Commissioner for Health and Food Safety Dr. Vityanis Andryukaytis who is paying a visit to Bulgaria. Both officials discussed the epizootic situation in the Balkans as well as food safety priorities. Minister Taneva familiarized Dr. Andryukaytis with preventive measures taken in the country areas bordering with Turkey and Greece in order to prevent disease lumpy skin. In his turn, EU Commissioner for Health and Food Safety expressed his support for Bulgaria to extend the scope of surveillance programs and eradication of animal diseases. "It is important to act preventively, we support your country and plan to initiate a meeting between Bulgaria, Turkey, Greece and Cyprus for joint action against lumpy skin disease," added Dr. Vityanis Andryukaytis.


"Currently, there is no established outbreak of lumpy skin disease in Bulgaria, but we are aware of the risk of introduction of the disease in our country," said Desislava Taneva. She informed the EU Commissioner of the envisaged legislative changes in veterinary legislation, which the Ministry initiated. "The purpose of the amendments is to ensure the safety of the food chain, strengthen the control and make clear the responsibilities throughout the chain," said Minister Taneva. She added that there is an opportunity to build a new incinerator as well as for the local authorities an opportunity to build depots for collection of animal by-products. Thus, the risk of spread of any disease will be minimized. The meeting was attended by Dr. Tsvetan Dimitrov, Deputy Minister of Agriculture and Food Dr. Damyan Iliev, CEO of the Bulgarian Food Safety Agency.