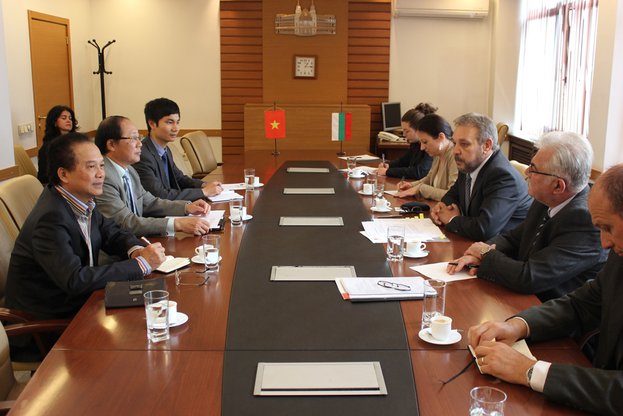 “Bulgaria and Vietnam can cooperate not only in trade but also in the exchange of innovations, science and agriculture”. This was stated by Deputy Minister of Agriculture and Food Tsvetan Dimitrov during the meeting with the Ambassador of the Socialist Republic of Vietnam in our country H.E. Le Duck Liu. He added that a good example for such cooperation could be the fishery sector where the both countries could exchange information on the mechanisms for preserving the fish wealth, the control and monitoring of industrial fishing, while Vietnam itself has excellent scientists in this sector.


During the meeting issues related to trade between the two countries were discussed, as well as the forthcoming 23rd session of the Joint Committee between Bulgaria and Vietnam, which is expected to take place at the end of the year. H.E. Le Duck Liu commented that there is great interest among Vietnamese companies for import of Bulgarian agricultural production, as well as the cooperation in the field of food safety.