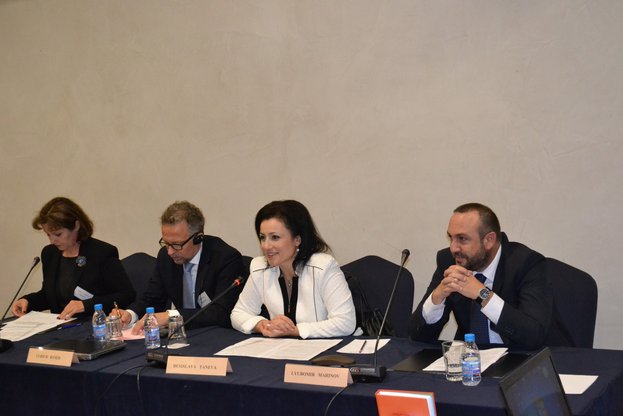 “National Advisory Service for Agricultural has prepared gratuitously 14 000 projects worth EU 200 mln. under the Rural Development Programme 2007-2013”, announced the Minister of Agriculture and Food Desislava Taneva at the opening of the II Regional Conference of the South East European Advisory Service Network themed " Training And Key Competences Of Agricultural Advisors –Benefits For Farmers". "One lev of the NAAS’s maintenance from the state budget has helped farmers in Bulgaria to acquire 45 lev of the public resource," said Taneva. According to her, the Service was involved very actively in the implementation of the new Rural Development Programme 2014-2020, as only under the measure for young farmers, it has prepared gratuitously over 1300 projects for the beneficiaries.


"The strengthening of the administrative capacity of the NAAS is crucial to support the most vulnerable farmers in the country. With the extension of the advisory network at the regional leve,l youth and small farmers will receive sensitive support to enhance their competitiveness, "said Minister of Agriculture and Food. She was clear that the range of consulting services and activities provided by the NAAS should be expanded.

Minister of Agriculture and Food said that it is expected the utilization of funds under the Rural Development Programme 2007-2013 to reach 92% of the total budget of EUR 3.2 billion. “Municipalities also contributed and have made considerable efforts to complete their projects," noted Taneva. She added that in the second half of November is expected the project acceptance under sub measure 4.2 to be open.