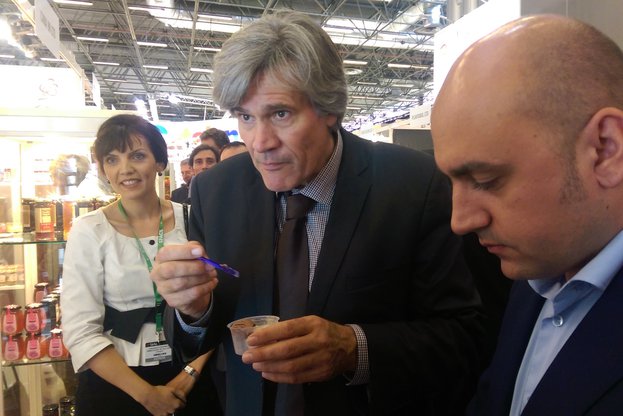 
The Bulgarian stand was one of five stands visited by Le Fall at the exhibition. With an area of 300 sq m, it showcases over 40 Bulgarian food companies, producing traditional Bulgarian and organic foods. A Bulgarian company has been entered by the organizers in a contest for innovative products.Bulgaria s stand is funded under the Operational Programme for Competitiveness within a project implemented by the Executive Agency for Promotion of Small and Medium-sized Enterprises. A business delegation comprising representatives of 15 Bulgarian companies is attending the exhibition to seek potential businesspartners. Eighteen individual exhibitors are also taking part.

SIAL is the world’ s largest food exhibition. Over 6,300 exhibitors from 105 countries are expected between October 19 and 23.