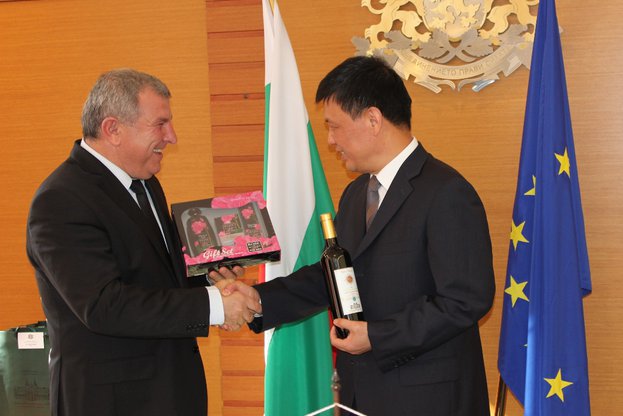 “Tobacco growing and export of fermented and unfermented tobacco is a new line in the joint work between China and Bulgaria. This statement was made by agriculture and food minister Prof. Dimitar Grekov at a meeting with the Chinese ambassador to Bulgaria His Excellency Wei Jinhua at MoAF.


A mixed commission will be created in support of the commercial relations between the two countries, which will elaborate in detail the specific possibilities of cooperation. Among them is the construction of a plant for the production of yogurt and the export of wine, bio products, foods for children, essential oil bearing plants, meat and mineral water, said minister Grekov. The commission will include also representatives of the sector organizations, endeavoring to achieve better communication with the producers.

“We do not rely only on export, but we also expect that the Chinese investors will come to Bulgaria. We have already received an expressed interest for tractor assembly and for the construction of a feed mill”, pointed out minister Grekov. He was positive that while the talks with China were more general until now, from here on they would continue to develop with specific details, which was an important step for the fulfillment of the goals set between the two states.