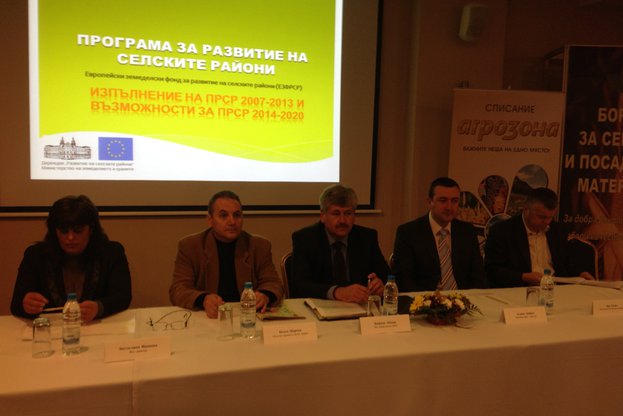 “The policy of the Ministry of Agriculture and Food will focus in the next years on sectors such as vegetable and fruit growing, viticulture and stock-breeding, which do not develop so fast but have a substantial potential.” This statement was made by agriculture and food deputy-minister Burhan Abazov at the opening of the national agricultural seminar “Agriculture and All about It”, held in Balchik. Deputy-minister Abazov explained that with respect to these sectors, MoAF aimed to increase substantially the relevant support.
He added that in the next programming period, priority for Bulgaria were going to be the coupled support in the different sectors. “Bulgaria achieved its priority for increasing the coupled support by negotiating 13% coupled support aimed at sensitive and important sectors for us such as stock breeding, fruit and vegetable growing”, emphasized Burhan Abazov.
The deputy-minister pointed out further that a detailed analysis of the Rural Development Programme (2007-2013) had been made, establishing its strong and weak points. The priorities in the new Rural Development Programme, which will be widely discussed with the branch associations and organizations, and with agricultural producers, were mapped out on the basis of this analysis.
“Special attention in the new programming period will be dedicated to supporting young farmers and small farms, stock breeding, fruit and vegetable growing, creating irrigation facilities, and to small sectors such as apiculture, which provide excellent opportunities for employment in the mountainous and semi-mountainous regions”, explained deputy-minister Abazov.
He emphasized that in its work, MoAF was going to build upon the achievements so far and at the same time pay attention to sensitive sectors, which had difficult access to the market.
Deputy-minister Burhan Abazov had a meeting with the district governor of Dobrich Nedko Marchev and experts from the District Directorate for Agriculture in the town.