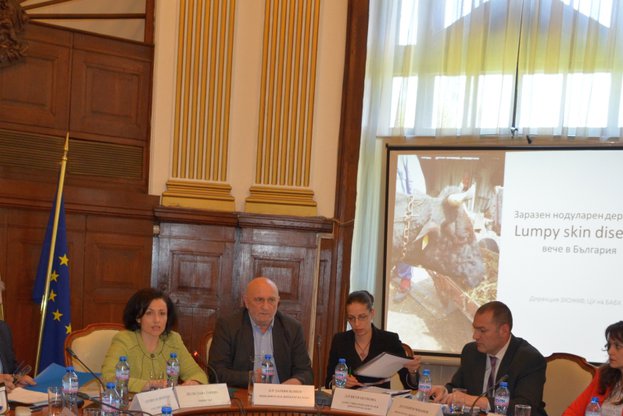 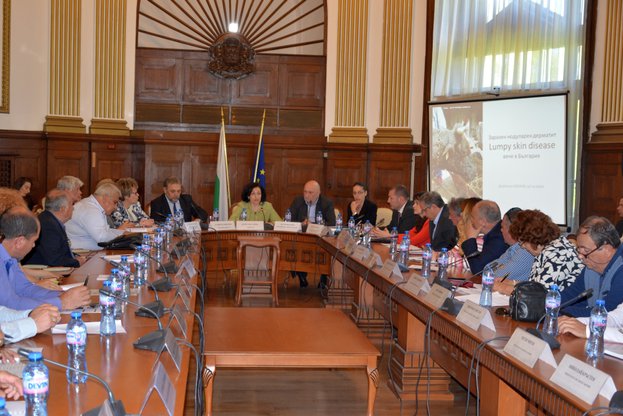 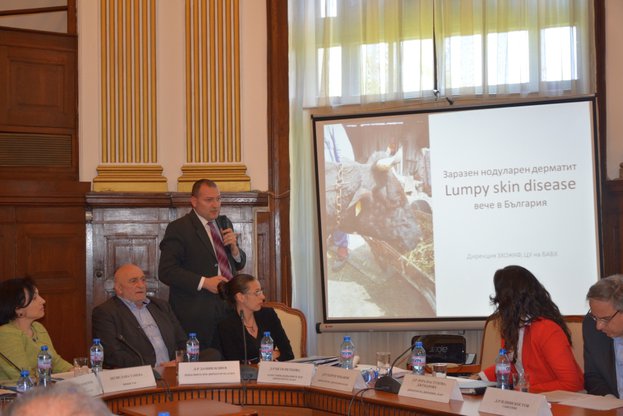 
Spraying from aircrafts against insects that are vectors of lumpy skin disease starts this Saturday. Ground events around the affected farms are carried out  with the aim of killing the causative agent of the disease and reducing the possibility of its spread .They have been performed from the first day of detection of outbreaks by the Food Safety District Directorates. This became clear at the extraordinary Advisory Board on livestock breeding, which was held today at the Ministry of Agriculture and Food where the  farmers were thoroughly got acquainted with the epizootic situation in the country, the clinical signs of the disease and the measures taken by MAF and the Bulgarian Food Safety Agency.

Attention has been paid to animal breeders to avoid visits of random people and animals at their farms. If it is not possible, farmers should ensure protective clothing and disinfect the place, because the disease is mechanically transmitted. Farmers should darn their stables and process farms and animals with repellents to avoid contamination by bloodsucking insects. Animal breeders have been informed of the restrictions in the regions due to the vaccination.

According to Minister of Agriculture and Food Desislava Taneva, the state has implemented all actions as quickly as possible. The very first day after the outbreak of the disease permission for vaccination from the European Commission was requested.” Under the EU legislation, it is "live vaccine" and vaccination should be carried out after finding the disease in the country and the European Commission’s approval of the notification for vaccine administration,” informed Minister Taneva. She added also that compensation to owners of animals euthanized was already provided.

"On April 27, the first 150,000 doses of vaccine against lumpy skin disease will be delivered in Bulgaria and now all available doses are provided for the target regions in the country. Today a new outbreak in Macedonia has been detected and confirmed, "said Tsvetan Dimitrov, Deputy Minister of Agriculture and Food.  According to the plan for vaccination all susceptible animals in Haskovo, Stara Zagora, Sliven, Yambol, Plovdiv regions  will be immunized, as well as some risky municipalities in the districts of Burgas, Kardzhali, Smolyan and Blagoevgrad. These are nearly 350,000 cattle.