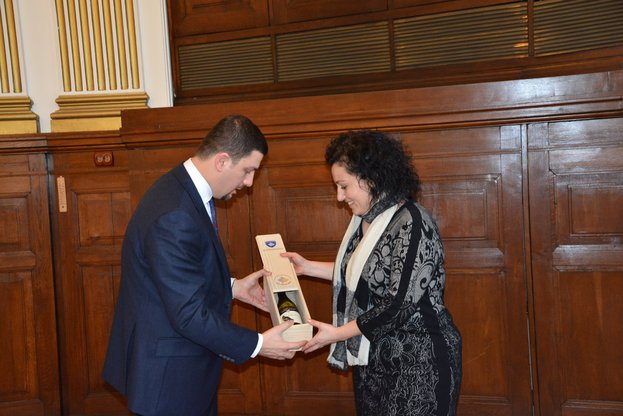 “Bulgaria is ready to provide expert assistance to the Republic of Kosovo in the field of agriculture to avoid mistakes that we have made. We could exchange our experts to lend you support”, stated Minister of Agriculture and Food Desislava Taneva during a meeting Memli Krasniqi, Minister of Agriculture, Forestry and Rural Development of the Republic of Kosovo, who is on a visit to Bulgaria,. Minister Krasniqi said that they would find Bulgaria’s experience in building the institutions aiding agriculture, the Payment Agency for instance, interesting. He pointed out also that agriculture is an important sector in Kosovo.


Both ministers discussed the possibilities for strengthening cooperation in the field of agriculture.Minister Memli Krasniqi showed an interest in the development of wine production in the country. Desislava Taneva familiarized her Kosovan counterpart with developments in the sector, which in her words a very good development could be seen and which manages to sell its production abroad, "said Minister Taneva.

During the meeting the possibility of importing Bulgaria raw tobacco into Kosovo was discussed. Minister Krasniqi said that Kosovo has a modern factory for processing of tobacco and would do research how it imports could be organized.