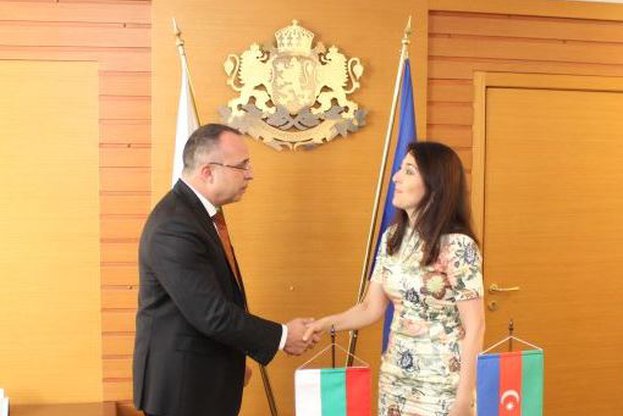 Minister of Agriculture, Food and Forestry Rumen Porodzanov met with HE Mrs. Nargiz Gurbanova, Ambassador Extraordinary and Plenipotentiary of the Republic of Azerbaijan in Bulgaria Nargiz Gurbanova. They discussed the deepening of trade and economic relations between the two countries in the field of agriculture, as well as issues of mutual interest like cooperation between scientific institutes in wine sector, biotechnology and genetic resources.

“Azerbaijan may be a gateway to the markets of Central and Eastern Asia as well as the former Soviet republics, while Bulgaria is seen as an opportunity to access the European market. The new Azerbaijan-Georgia-Turkey railway line is soon to be put into operation, which shortens with nearly 1000 km the freight transport between Europe and East Asia. ,” Ambassador Gurbanova said.

Minister Porodzanov and Ambassador Gurbanova also discussed the opportunities for a joint business forum in the autumn.

“There is an intergovernmental commission functioning between the two countries, but it is time to implement it with content and concrete business initiatives”, Minister Porodzanov said.