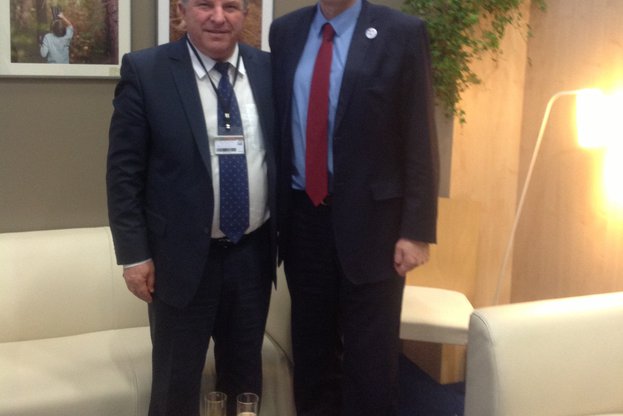 The meeting was held during Mr Grekov’s visit to the Paris International Agricultural Show – SIA 2014.

Both ministers discussed affairs of mutual interest, connected with the Common Agricultural Policy implemented in Bulgaria and France. Mr Grekov stressed he was pleased with the work of his French councillor Stephen Robert, who contributed to Bulgarian-French cooperation.

In Dimitar Grekov’s words, at the moment Mr Robert is working on a law on sector associations, which the ministry would like to apply in Bulgaria in a way similar to a Romanian model.

The Bulgarian minister and his French counterpart agreed on a Bulgarian trainee being sent to the French agricultural ministry.

”I do not know your country but I would like to get to know it,” Stéphane Le Foll said, promising to soon pay a working visit to Bulgaria.

Within the framework of his Paris visit Minister Grekov held a fruitful meeting with the President of the Chamber of Agriculture of France.