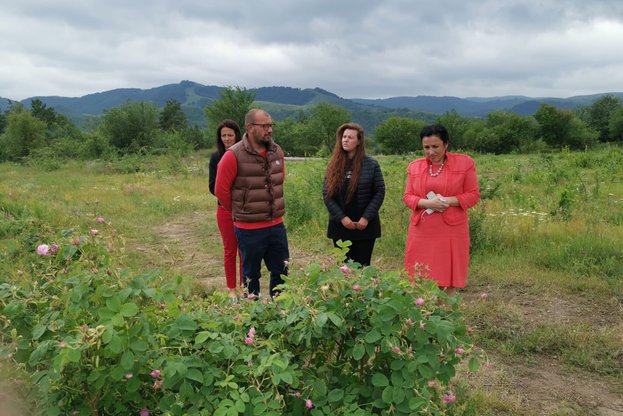 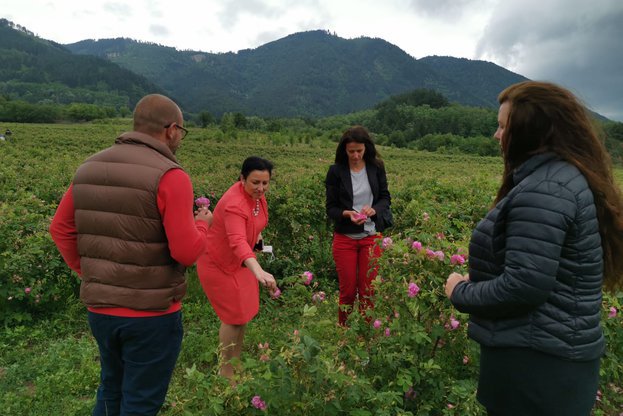 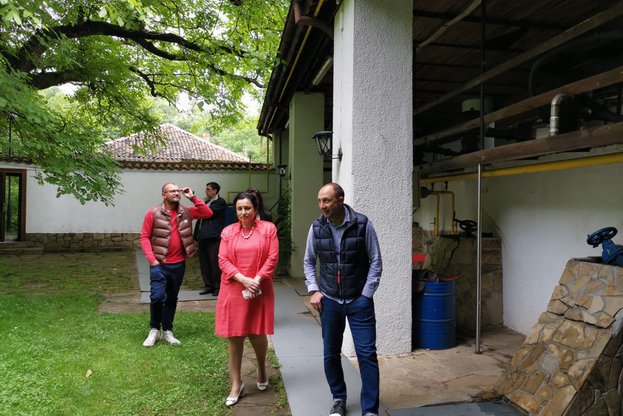 “We are doing our best to make the bidding under the horizontal measure COVID-19 for the agricultural sector as easy as possible”, announced the Minister of Agriculture, Food and Forestry Desislava Taneva during a visit to a rose plantation in the town of Klisura. There, the agri-minister had talks with the rose growers and the Chairman of the Professional Association of Rose Growers in Bulgaria (PARB) Hristo Nikolov. The Executive Director of the Executive Agency for Variety Testing, Approbation and Seed Control, Eng. Bistra Pavlovska also attended the meeting. According to Minister Taneva, in early July, a measure that will be compensatory and fast will be proposed to the RDP 2014-2020 Monitoring Committee, so that the funds can immediately go to farmers. "Rose growers will be able to apply with their URN and the identification protocol of the rose oil plantations, issued by the Municipal Agricultural Services," she added.

Desislava Taneva clarified that one of the most affected sectors in agriculture so far is the production and processing of rose blossoms and it must be supported. During the meeting, she presented the compensation terms to the rose producers. "We will propose to the European Commission to reimburse the costs of farmers for anti-epidemic measures, as well as for reduced income due to the closed distribution channels for their production under the measure. It is envisaged that the COVID-19 measure will compensate rose growers for the contraction of the market. These additional funds will cover a significant part of their loss ", Taneva commented. She specified that on June 11, Bulgaria's proposal to provide emergency assistance to the affected sectors within the RDP was voted on and supported by a majority in the Committee on Agriculture in the European Parliament. ".This is a great success for Bulgaria. Having this opportunity, we will provide financial assistance and support to sectors affected by the pandemic," Taneva added.

The Minister of Agriculture, together with the Chairman of PARB Hristo Nikolov, visited a rose factory in the village of Tarnicheni, Pavel Banya municipality, where they met and have talks with the deputy chairman of the Bulgarian National Association of Essential Oils, Perfumery and Cosmetics Philip Lisicharov. The representatives of the two branch organizations stated that the Law on the Oil-bearing Rose works fine and due to its regulations the situation in the sector is improving. They asked for stricter controls in distilleries and suggested a central control unit to be established to carry out the inspections.

A total of, 2216 applications have been submitted for registration of rose producers and rose processors during the 2020 campaign up to now.