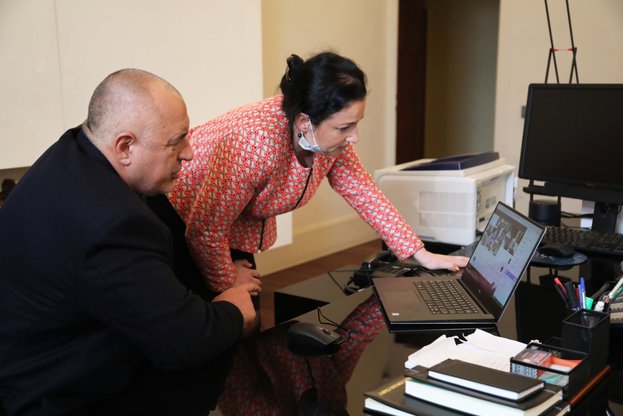 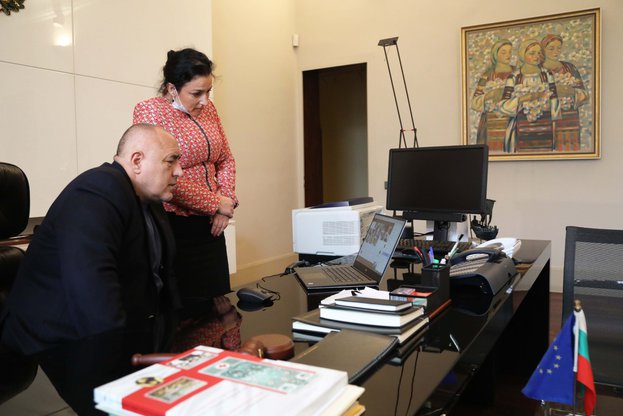 Prime Minister Boyko Borisov and Minister of Agriculture, Food and Forestry Desislava Taneva held a video conference with farmers from the livestock, fruit and vegetables, fish and fishery and beekeeping sectors. regarding the Council of Ministers' decree on regional products supply in retail chains, During the conversation, the measures taken by the state and the difficulties encountered by the producers in realizing their production were discussed.

Prime Minister Boyko Borisov stressed that the state is doing everything in its power to support the agricultural sector and local production.

In his turn, Minister of Agriculture, Food and Forestry Desislava Taneva pointed out that the aim is to support small and local Bulgarian producers in order to preserve their livelihood. According to her, the local Bulgarian produce is fresher and much familiar. Minister Taneva said it was good to continue the measures beyond the state of emergency, with the Ministry of Agriculture and Food ready to cooperate with the producers' registers.

The industry said they were behind the cabinet's efforts and added that the government decree was an alternative for small producers. They noted that such an organization was established in other countries. At the meeting, the producers stressed that they wanted to sell their goods in Bulgaria, and in their words, it is the retail chains that are the channel for the realization of their production. They insist that the Decree be valid without restriction. The farmers also said they were admiring the state's efforts to solve problems in the agriculture sector.

In the course of the conversation, Minister Taneva noted that the introduced dairy products requirement to be produced entirely from Bulgarian raw milk aims to support the livestock sector. The reason is the collapse of its price across Europe.