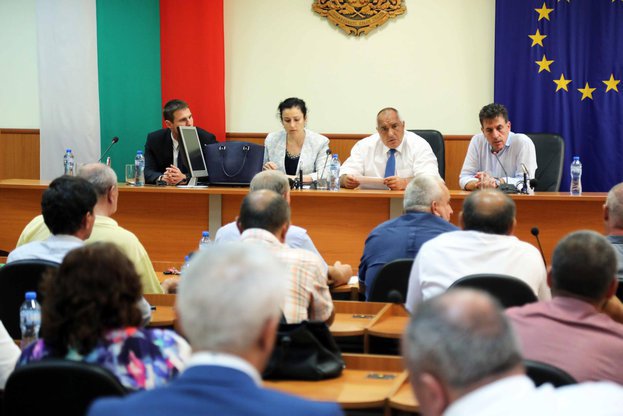 The owners of personal farms who raise domestic pigs shall receive 300 levs. The funds would be granted for cleaning and disinfecting the farms. This was announced during the meeting of the Prime Minister Boyko Borissov and the Minister of Agriculture, Food and Forestry Dessislava Taneva with the mayors of the towns in Pazardzhik Municipality. The farms without biosecurity measures which have voluntarily assimilated the meat of the unregistered animals in the 20‑kilometer sanitary area around the pig farms shall receive 300 levs. Farmers with liquidated pigs in the 3-kilometer areas around the centers of the disease shall also receive 300 levs.

The Prime Minister stated that the business sector in Pazardzhik offered to provide pigs at lower prices to the affected farmers next year. He commented that this situation is not pleasant for anyone. He also said that: ‘For two years we have not been able to get the infection under control, but now, in the next 30 years, all the institutes would not be able to find a vaccine.’ Boyko Borissov was adamant that the state is trying to act as the science dictates.

On the other hand, Minister Dessislava Taneva stated that the payment shall be done upon submission of a protocol by the District Epizootic Committee on the conducted sanitary activities. According to her, this is the state aid for those people who joined all the institutions in the fight against the African swine fever (ASF). The Minister of Agriculture also said that:  ‘We must hurry with the implementation of the measures so that the produced meat can be used for personal needs. The situation is very difficult for everyone. The only way to deal with the disease is everyone in the production chain to observe the measures in order to limit the spread of the disease. The farmers will be able to raise domestic pigs again in a year and depending on the spread of the African swine fever disease. After this period, we are considering several ways to support the farmers. The repopulation of the domestic pigs can be achieved after registering the farm in accordance with the law, as well as after implementing the biosecurity measures.’

During the meeting, it became clear that the period for voluntary slaughter of the pigs in Pazardzhik shall be extended by one week with a decision of the District Epizootic Committee, until the 11th of August including. The extension in Pazardzhik is possible as the district does not border on other districts with registered centers of the domestic swine disease, as well as due to the fact that there is no registered center of the disease within the district itself.