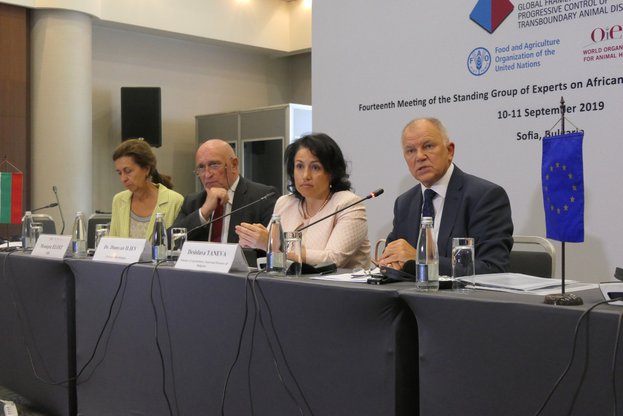 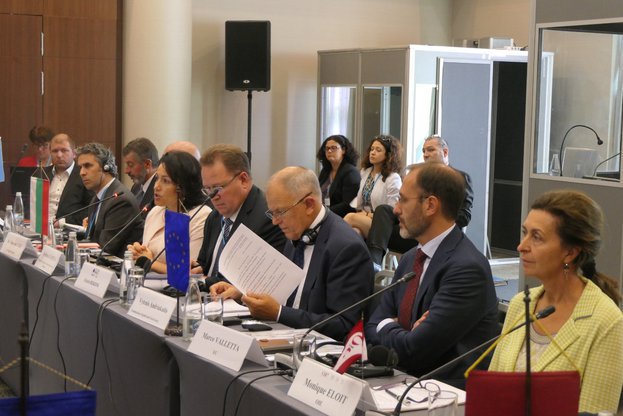 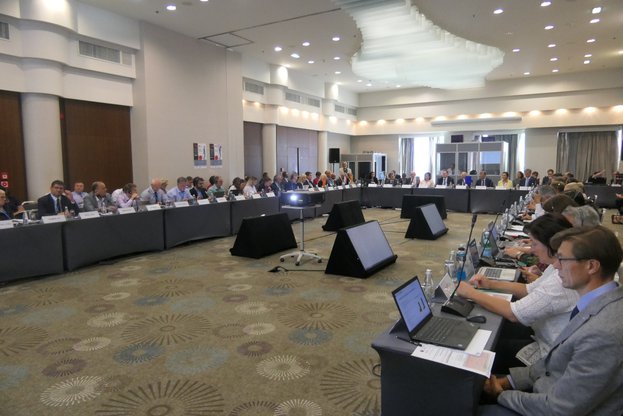 “Farmers who want to continue raising pigs will have to comply with certain biosecurity measures. They will be divided into 3 categories – industrial farms, family farms and private farms. The dividing line will be the farm size standards. New measures and levels of biosecurity are being prepared for each category, using good practices from Europe.” This was announced by the Minister of Agriculture, Food and Forestry Desislava Taneva during the 14th annual meeting of the Standing Group of Experts on African Swine Fever in Europe, held in Sofia. She added that to build on the measures, several targeted receptions under the Rural Development Program will be opened (2014-2020) – Measure 6.3 – for the small farms, Measure 4.1 – for the big farms, and there will be a very small requirement for the private farms. “The registration of livestock establishments will be administratively simplified, but only if there is strict compliance with biosecurity requirements. Breeding will be allowed for family farms of high level and the high volume of these measures”, explained the Minister.   She also said that there is ongoing work to implement durable measures regarding disinfection and baggage checks at border crossings. The repopulation of domestic pigs may start as early as September next year, with new measures to be adopted.

Minister Taneva was adamant that in order to have pork production in our country and to continue the competitiveness of the sector, the conditions should be changed in the direction of increasing biosecurity measures. She urged consumers to buy meat of proven origin. The Agriculture Minister said that a strategy for eradicating the disease was being drafted so that the measures to be taken would be incorporated into the legislation.

Minister Desislava Taneva explained that since the beginning of the year 35 outbreaks of ASF were registered. For the whole month of August, 5 were found in domestic pigs, 2 of them in Eastern Balkan pigs. “The intensity of the disease has declined significantly, with the last registered outbreak in a "private farm" type from 16 August”, the Minister of Agriculture summarized. She added that there are 57 cases of wild boar ASF registered this year.

“In order to limit and eradicate the disease, the usual measures for wild boar and domestic swine, which are laid down in the European Union's ASF Strategy of 2015, are strictly applied”, Minister Taneva was adamant. She thanked the European Commissioner for Health and Food Safety Vytenis Andriukaitis and the Director General of the World Organisation for Animal Health (OIE) Monique Eloit for their assistance in dealing with the disease in our country.

Commissioner Andriukaitis stated that the EC is preparing an ASF document which will be submitted for approval by all Member States within the Agriculture and Fisheries Council of the EU. He stressed the importance of stopping the spread of the disease and the need to eradicate it. In his words, everyone needs to act together and in unison – the executive authorities, the farmers and the scientific community. The European Commissioner Andriukaitis noted that he is proud of the leadership qualities of Minister Taneva for the action she took on the disease and noted the experience that Bulgaria has gained in the fight against ASF. He expressed satisfaction that ministers and deputy ministers from more than 20 countries, including the Balkan countries, were attending the event. According to him, this is a clear sign of increased cooperation not only between the EU Member States but also between other European countries that are affected by the ASF in one way or another. For her part, Monique Eloit emphasized the importance of strict adherence to disease control measures given the lack of a vaccine.

The Executive Director of the Bulgarian Food Safety Agency Dr Damian Iliev also emphasized that the implementation of the measures and the support of the whole public is the only way for our county to fight the disease.