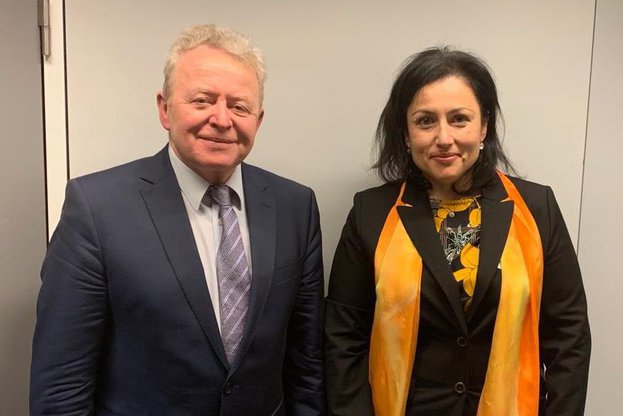 Agriculture, Food and Forestry Minister Desislava Taneva met with future European Commissioner for Agriculture and Rural Development Janusz Wojciechowski in Brussels. Desislava Taneva introduced him to the structure of the agricultural sector and production in our country. During the meeting, the two discussed the levels of direct payments to Member States and the possibility of bringing them closer. Minister Taneva presented Bulgaria's position on maintaining the Transitional National Aid. She explained that our country had initiated a declaration calling for the transitional rules of the Common Agricultural Policy (CAP) to include the possibility of implementing Transitional National Aid. The same should continue to apply until the adoption of the rules of the new CAP. "Continuing this aid would ensure security and continuity in providing support to farmers", commented Desislava Taneva. She said that the document was joined by Cyprus, the Czech Republic, Hungary, Poland and Romania, and at the last meeting of the EU Agriculture and Fisheries Council, Latvia supported the proposal.

The Minister of Agriculture has formally invited the future European Commissioner to be a guest of the Rose Festival, which is traditionally held in the town of Kazanlak in June.