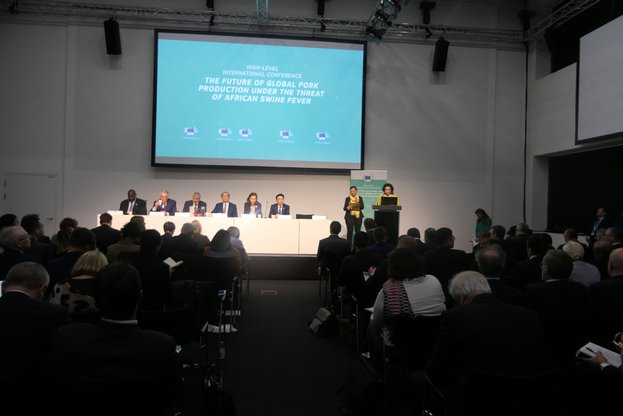 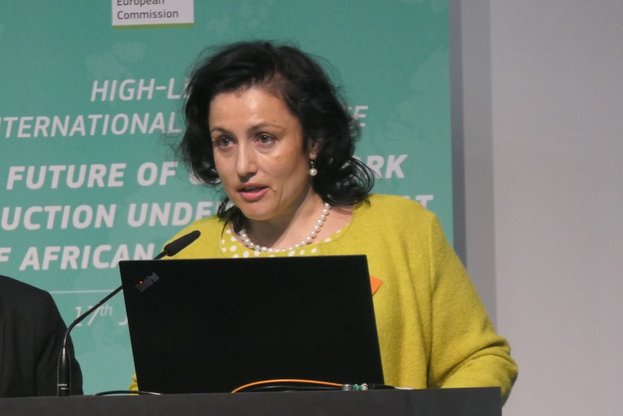 The successful eradication of African swine fever consists exclusively of joint and synchronised measures by all countries in the world, Minister of Agriculture, Food and Forestry Desislava Taneva said during a high-level international conference entitled “The future of global pork production under the threat of African swine fever”, which was held in Berlin.

According to her, all countries need to synchronise their legislations. “We need to adopt established uniform standards for higher biosecurity measures in pig farms, as well as new rules on compensation and repopulation. The aim is to eliminate speculation in terms of pork prices and make farmers financially responsible”, she added. Minister Taneva pointed out the need to discriminate between consequences for domestic pigs and those for wild boars.

She added that our country’s geographical location implies enormous pressure in terms of the entry of atypical for the community exotic diseases. “As of 2019, 49 outbreaks in domestic pigs were registered on the territory of Bulgaria. However, there is still highly developed swine-breeding in our country,” she added. The Agriculture Minister explained that since 2018, 15% of the livestock of sows in industrial farms in Bulgaria has been affected.

“Up to now, since the entry of the disease in Europe, 3,900 outbreaks have been registered in 12 countries and more than 1 million pigs have been affected. The decline in the livestock increases pork prices everywhere and negatively affects each taxpayer in the community. This leads to strong investment pressure in the swine-breeding industry”, Minister Taneva explained.

Speaking to journalists, Desislava Taneva commented that 203,000 pigs have been euthanized since the disease entered Bulgaria. Nearly BGN 70 million has been paid, including compensation to farmers and costs of prevention activities. Bulgaria also expects co-financing from the European Commission. “To date, we have received over €13 million and just under €10 million remain to be recovered”, the Agriculture Minister said.

If a country has been affected by ASF for three years, it falls into an extremely risky situation. At the same time, the obligation for compensation from European budget taxes remains. Risks of disease transmission are associated with transportation of food; at the same time there are no internal borders, and checking tourists’ luggage is a problem. Such details need to be clarified, so that all measures which need to be taken for the prophylaxis, prevention and combat with ASF, could be easily implemented. In the case of a 3km zone around an outbreak, the access of vehicles and people can be suspended, but this cannot be done at an internal EU border”, she added.